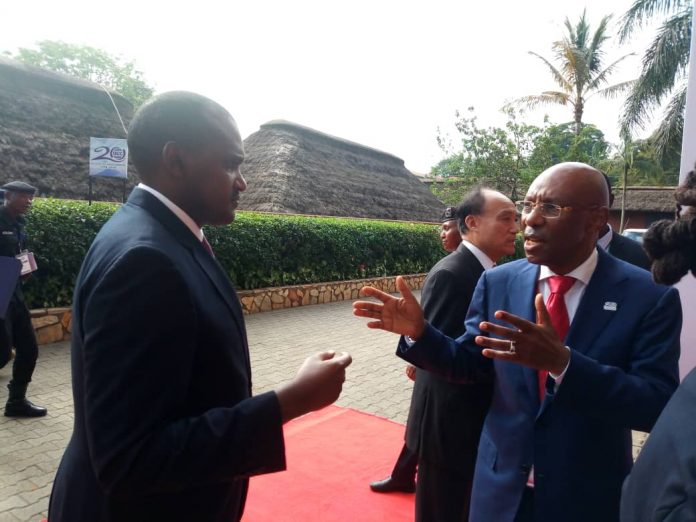 The Uganda Communications Commission (UCC) has directed the suspension of Producers, Head of News and Head of Programmes for 13 radio stations and TV stations


The Commission observes that these programmes contain content that:-
‘’Misrepresents information, views, facts and events in a manner likely to mislead or cause alarm to the public. Has extremist or anarchic messages, including incitement of violence for political and/or other purposes. That the content Incites the public against other members of the public based on their political, religious, cultural and tribal affiliations which are likely to create public insecurity or violence.’’
The UCC says the said programmes are presented in a manner that is unbalanced, sensational and often give undue prominence to specific individuals and/or groups of people, which is a breach of the Minimum broadcasting standards as enshrined in Section 31 schedule 4 of the Uganda Communications Act, 2013.

The commission says it has previously engaged and warned above broadcasters over similar complaints, but it is now apparent that they have refused and/or ignored these warnings.
‘ ‘Therefore, in exercise of its mandate under Sections 5(1)0), 31 and 45 of the Uganda Communications Act 2013, the Commission has commenced full investigations to determine whether/or not the manner in which the above broadcasters present live programmes and news stories is in accordance with the expected standards and codes of ethics of Journalism.’’
To avoid a recurrence of similar breaches during the investigations, and because the said broadcasters have previously been warned about related concerns, the Commission has DIRECTS that:


Warning
‘ ‘If and when a broadcasting station fails or otherwise refuses to comply with any of the above directives, the Commission shall proceed to determine this issue and pass regulatory sanctions in accordance with Section 41 of the Uganda Communications Act, 2013.’’ The regulator warned.