Home Politics U.S. ‘‘we have received assurances from the Taliban’’ 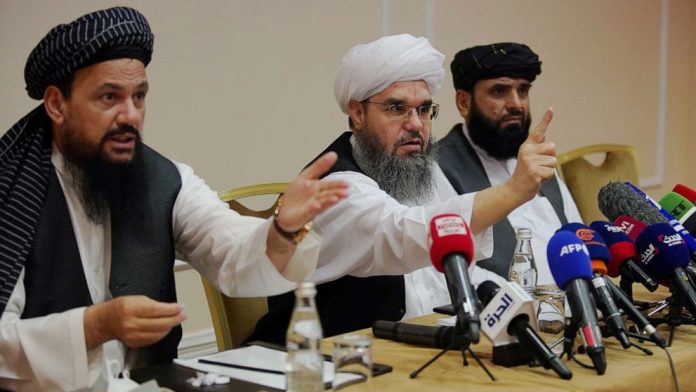 The Government of the United States has assured citizens nationals and residents, employees, Afghans who are still In Afghanistan of evacuation travel assurances.
‘ ‘We are all committed to ensuring that our citizens, nationals and residents, employees, Afghans who have worked with us and those who are at risk can continue to travel freely to destinations outside Afghanistan.’’ The statement released on Sunday reads in part.
‘’We have received assurances from the Taliban that all foreign nationals and any Afghan citizen with travel authorization from our countries will be allowed to proceed in a safe and orderly manner to points of departure and travel outside the country. ‘’
It adds: We will continue issuing travel documentation to designated Afghans, and we have the clear expectation of and commitment from the Taliban that they can travel to our respective countries.


Meanwhile, The United States conducted an airstrike Sunday against a vehicle that posed a threat to the Kabul airport, following U.S. warnings of an imminent attack in the area.
“U.S. military forces conducted a self-defense unmanned over-the-horizon airstrike today on a vehicle in Kabul, eliminating an imminent ISIS-K [Islamic State Khorasan] threat to Hamad Karzai International airport,” said Capt. Bill Urban, CENTCOM spokesperson. “We are confident we successfully hit the target. Significant secondary explosions from the vehicle indicated the presence of a substantial amount of explosive material.”
Islamic State Khorasan had claimed responsibility for a suicide attack outside the airport that killed at least 170 Afghans and 13 U.S. service members last Thursday. A U.S. airstrike last Friday killed two members of the terror group. The deadly attack last week took place as thousands were gathered outside the airport, trying to leave Afghanistan following the Taliban takeover of the country.

In the other news, President Joe Biden and First Lady Jill Biden met with the families of thirteen U.S. service members killed in a bombing near the Kabul airport last week.
At least 170 Afghans were killed in the blast.
The thirteen U.S. service members were aged between 20 and 31 years — with five of them just 20 years old. Their families met with the President at Dover Air Force Base in Delaware, where they participated in a “dignified transfer,” a military ritual of receiving the remains of those killed in foreign combat.


“The President and the First Lady will meet with the families of fallen American service members who gave their lives to save Americans, our partners, and our Afghan allies in Kabul,” a White House statement said earlier.