Home Business Twin crises: – the World stumbling into a new era of risk... 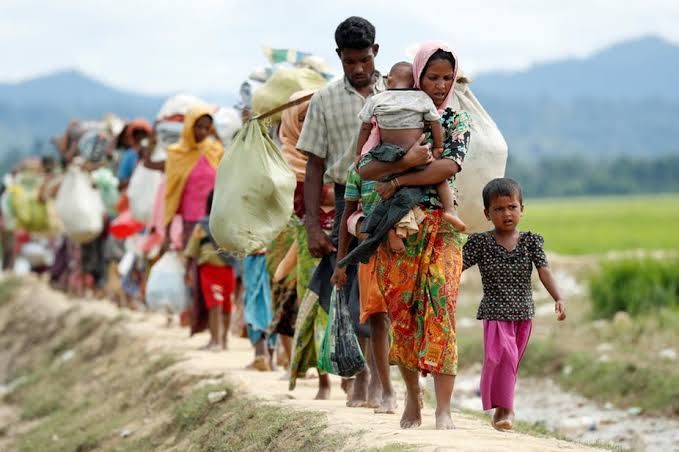 World leaders are failing to prepare for a new era of complex and often unpredictable risks to peace as profound environmental and security crises converge and intensify, according to a major report by the Stockholm International Peace Research Institute (SIPRI).
The report, Environment of Peace: Security in a New Era of Risk, offers policymakers principles and recommendations for navigating this volatile future.
Environment of Peace provides the most comprehensive account to date of how different aspects of environmental crisis—including climate change, mass extinctions and resource scarcity—are interacting with today’s darkening security horizon


Twin crises, complex risks
The report paints a vivid picture of the escalating security crisis. For example, it notes that between 2010 and 2020 the number of state-based armed conflicts roughly doubled (to 56), as did the number of conflict deaths. The number of refugees and other forcibly displaced people also doubled, to 82.4 million. In 2020 the number of operationally deployed nuclear warheads increased after years of reductions, and in 2021 military spending surpassed $2 trillion for the first time ever.
Regarding the environmental crisis, around a quarter of all species are at risk of extinction, pollinating insects are in rapid decline and soil quality is falling, while exploitation of natural resources such as forests and fish continues at unsustainable levels.
Climate change is making extreme weather events such as storms and heatwaves more common and more intense, reducing the yield of major food crops and increasing the risk of large-scale harvest failures.
The report illustrates some of the complex ways that these two crises are starting to interact around the world;
In Somalia, where prolonged drought and other climate change impacts, combined with poverty, lack of preparedness and weak government, have driven people into the arms of the extremist group al-Shabab.


Across the Sahel, where drought and the expansion of farmland to feed a growing population are pushing farmers and nomadic herders into competition over access to resources such as land and water, and this competition often turns violent.
In Central America, where the impact of climate change on crops combined with violence and corruption increased the number of people attempting to migrate to the securitized United States border.
In the Middle East and North Africa, where in the early 2010s, failure of the Russian grain harvest due to a climate change-linked heatwave combined with the impacts of a US biofuels policy to raise the price of bread, exacerbating tensions that led to the Arab Spring series of uprisings across the Middle East and North Africa.
‘These examples show clearly that it’s much more complex than environmental degradation leading to conflict,’ said Environment of Peace expert panellist Chibeze Ezekiel, Coordinator of the Strategic Youth Network for Development in Ghana. ‘At the start of the Arab Spring in 2011, a climate change impact in one continent and a well-intentioned renewable energy policy in another combined wi
th existing unrest in a third to increase the risks of conflict—nobody had seen that combination coming.’
Cooperation is the new realism
The last decade has been marked by increasingly tense geopolitics, with disputes simmering and sometimes erupting between major states and blocs, and populism on the rise. The report argues that cooperation is essential for managing the environmental and security crises, along with the risks they create.
‘No government can secure the well-being of its citizens against the escalating global crises without international cooperation,’ said Helen Clark, the former Prime Minister of New Zealand and a member of the Environment of Peace advisory panel. ‘We must urgently find ways to cooperate on addressing common environment-related security threats, even in today’s toxic geopolitical landscape. Against global threats, cooperation is self-interest. In fact, cooperation is the new realism.’

Only a just and peaceful transition will succeed


To tackle climate change and the wider environmental crisis, governments around the world need to bring about major transitions in areas such as energy and land use..
Environment of Peace argues that these transitions have to succeed because of the immense security risks that would result from failure. However, change at the scale and pace needed is unavoidably fraught with risk. The history of measures such as biofuels and hydropower dams shows that they can exacerbate insecurity, with hydropower alone having displaced an estimated 80 million people from their homes.
‘We must learn from the mistakes of the past so we do not repeat them on a much larger scale,’ said Geoff Dabelko, one of the report’s lead authors and a professor at Ohio University’s Voinovich School of Leadership and Public Service. ‘Conservation needs to happen, but it cannot be coercive. A rapid zero-carbon transition is essential but it must be done fairly. Tackling the environmental crisis must go hand-in-hand with justice, equity and rights, building peace rather than undermining it.’


Fund peace, not risk
Currently, governments spend an estimated $5–7 trillion per year on activities that can harm the natural environment, such as subsidizing fossil fuels, destructive fishing and forest clearance. Governments have promised to phase out subsidies that promote fossil fuels, but they have routinely failed to deliver.
‘If governments want to secure peace in this new era of risk, they need to redirect their financing away from activities that undermine it,’ said Environment of Peace expert panellist Arunabha Ghosh of the Council on Energy, Environment and Water (CEEW). ‘Funding conflict risk is in no-one’s interest. But many governments continue to fund non-essential and ill-targeted fossil fuel development and other environmentally destructive activities, which neither serve the interests of sustainability nor protect vulnerable communities. We need a wholesale redirection of investment towards peace, environmental stability and resilience.’


Environment of Peace cites many examples of initiatives that are building peace and environmental integrity together, which could be scaled up and adapted. It shows that to be effective, solutions need to be inclusive, with sectors of society that are often marginalized (such as Indigenous Peoples, women and youth) included in decision-making processes and sharing the benefits.
‘The challenges are immense and the timescale tight,’ said Dan Smith. ‘Even as governments deal with acute situations such as the invasion of Ukraine or the Covid-19 pandemic, they cannot lose sight of the profound challenges that lie ahead.’ 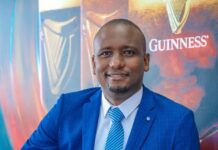