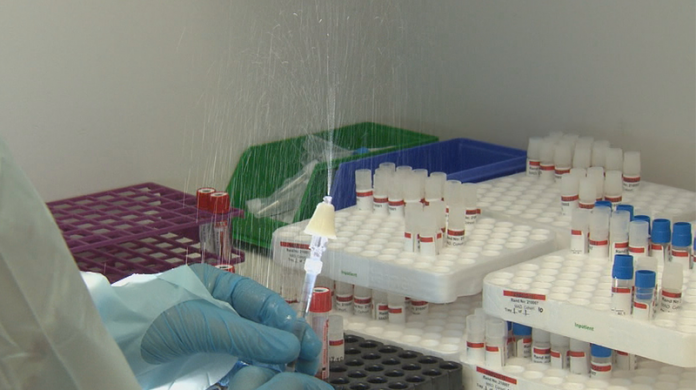 Researchers in Australia are starting clinical trials of a new type of COVID-19 vaccine — a nasal spray.
Scientists at Brisbane’s Nucleus Network believe that the treatment could be more effective against the virus than the AstraZeneca and Pfizer drugs and that it would allow patients who are afraid of needles to be inoculated.
Pfizer or AstraZeneca both reduce the chance of infection by up to 66 per cent.


The process so far takes the form of two sprays in the nose, meaning those who dislike needles could avoid the jab altogether.

Researchers at Brisbane’s Nucleus Network are looking for 60 volunteers to trial the revolutionary vaccine.

Those involved in the trial could earn up to $1280 (UGX. 4.6m) for their time.
The development means, In the future, vaccines could be administered more easily — as a nasal spray designed to “attack the virus” as it enters the body.


Dr. Paul Griffin, medical director at the Nucleus Network, a research organization that’s beginning trials of the nasal therapy, said that while other drugs mostly protect against developing severe symptoms of COVID-19, this one aims to reduce the risk of infection.
“The main benefit is, when we give the vaccine via the same route that the pathogen or the virus gets in through, then hopefully the response will be more adept at actually stopping the virus getting in,” he said.
“So, we will get a response that is particularly active at that site, which will hopefully mean that people are much less likely to get infected, which is something that we really want to see with vaccines for this virus.”
And researchers hope this nasal spray will be even more effective.


“If we give a vaccine that generates a strong immune response, and reduces the chances of getting infected, that will help us control the pandemic,” Dr Griffin said.

“If all goes according to plan and it proves as safe and successful as we think, it could be available in a year or two,” Dr Griffin said.


An independent ethics committee has approved the Australian trial. Researchers say the nasal spray could be available in a year or two.