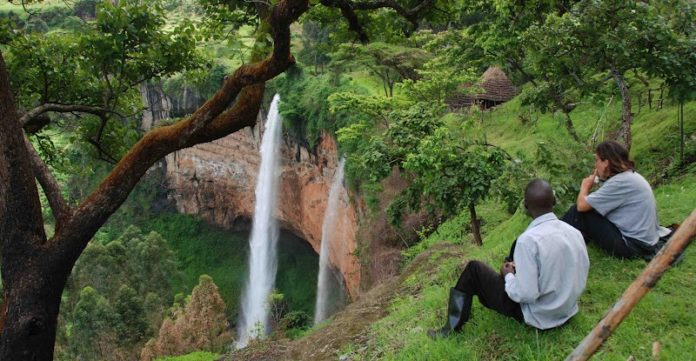 The Uganda Wildlife Authority and Uganda Tourism Board (UTB) on Tuesday launched the busses and safari cars acquired through the Competitiveness and Enterprise Development Project (CEDP).
The buses will make it easier for tourists to reach different tourist sites across the country in a programme dubbed Tulambule (visit).


CEDP is a 5-year Government of Uganda, World Bank funded project, aimed at supporting reforms to improve the business environment in Uganda.
Meanwhile an annual performance report from the UTB reveals Uganda received 1.32 million tourists in 2017 through the gazetted border posts which is an increase of 4.1% from the previous years. In 2016, it is estimated that Uganda received 1 million tourists.


The report further indicated that in 2017 most tourist arrivals in the country were from Africa (79.2% ) followed by Europe 8.3%, Asia 5.5% and America 5.4%.
In Africa, Rwanda contributed the biggest share of tourists arrivals in Uganda with 362,865 followed by Kenya, Tanzania, DR Congo and Sudan. The visitors from the neighbouring countries accounted for 64% of the total increase in the number of tourists.

The most visited places were Queen Elizabeth National Park (35% ) followed by Murchison Falls (31% ) and Lake Mburo National Park with 11%.