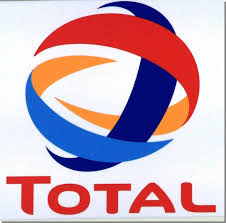 Total’s Chief Finance Officer Jean-Pierre Sbraire said on Wednesday that it was too early to say when a final investment decision on it Uganda oil project would be taken, potentially delaying the decision that was initially expected last year.


Sbraire told analysts during a conference call after the French oil major’s third-quarter result that Total was still committed to the project but there were still some issues holding back the decision, Reuters reported.
“The project is technically mature. We are ready to launch but we recently faced some difficulties with the authorities,” Sbraire said.

Total had planned to buy some of Britain’s Tullow Oil’s stake in the 230,000 barrel-per-day project but that deal was called off due to a tax dispute with Ugandan Revenue Authority
The collapse of a $900 million deal in late August, where Tullow Oil wished to sell 21.5 per cent of its stake to France’s Total E&P and China’s Cnooc means Uganda will not beat its 2022 target for oil production to start.


The deal failed after the companies disputed the tax measures imposed on it and the treatment of the costs that Total E&P and Cnooc would inherit from Tullow Oil.
“We remain fully committed to the development but we’ll see, at present time it is a bit too early to assess when the final investment decision (FID) could be taken for the project,” Sbraire said.


Uganda has racked up a pile of debts – such as the construction of roads and power plants – in the hope that oil money would flow quickly so that the country can service these loans.


Already, the country’s debt to gross domestic product ratio is at a worrying 42 per cent – a few percentage points from the East Africa ceiling of 50 per cent. Defaulting on loans affects a country’s credit profile pushes up interest rates in the market and makes it expensive for the private sector to borrow and create more jobs.

“You need to accept, it has come’’ – Outgoing MPs receive...