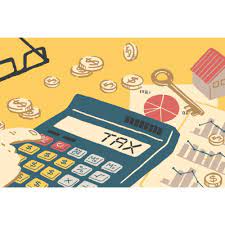 A study conducted by the Tax Justice Network Africa (TJNA) in partnership with the Institute for Economic Justice (IEJ) points to the continued need to adopt Use of Research Evidence (URE) to enable the formulation of fair tax systems in Africa.


Focusing on four countries; Tunisia, Nigeria, Uganda, and Zambia, the study explores the link between the strategic deployment of research evidence to shape tax policy by civil society organisations (CSOs) and the extent of governments’ reliance on this research evidence in designing tax policies.
‘Understanding the role of Civil Society research in influencing government policies towards fair tax systems in Africa’ illustrates that it is important to get tax policies right to address the continent’s high levels of inequality. This would touch on areas such as relative taxation of wealthy to poor households, multinational companies, formal and informal sectors etc – ultimately ensuring that high income earners pay their fair share so that groups/individuals of lower income families do not carry their nation’s tax burden.
Last year, the Tax Justice Network through the 2021 edition of the State of Tax Justice revealed that countries globally are losing $483 billion in tax annually to global tax abuse affecting lower income countries more severely than higher income countries. While higher income countries lose more tax in absolute number, their tax losses represent a smaller share of their revenues.


In Nigeria, for instance, the study investigates the widely debated issue on how best to approach the taxation of informal workers. CSO research in the country reveals that compliance for tax paying in the informal sector remains low since the policies in place do not ensure revenues collected benefit the population as per expectations.
In Zambia, the study helps understand what determines URE when there are competing mandates and priorities (health care spending versus revenue) amongst policymakers from different governmental departments.
The Uganda case study helps understand how to increase the URE by policymakers in a relatively exclusive (technocratic) tax policymaking process. While in Tunisia, the study explains that the policymaking process has usually been through a top-down approach with participation from senior civil servants and in some cases international donor institutions and special interest groups.
To help shape reforms around tax fairness and better policies formulation, there is a need for policy makers to adopt URE. Through key findings from the four case studies, the report finds this has only partly been realised.
As such, it makes a series of recommendations that urge CSOs and researchers to involve policy makers in all the research processes to allow URE’s uptake. Research evidence should be clear, concise, easy to read, accessible, deemed credible and timely to the policymaking processes. It should target specific actors with tailored information, engage policy makers early in the design and, finally, maintains a non-partisan reputation.

Both TJNA and IEJ hope that the findings from the report will stimulate the much-needed additional studies regarding how CSOs undertake and use research in their advocacy. Further, they hope that through the provided recommendations, the civil society will begin to better understand how to use evidence effectively to drive policy advocacy initiatives.
Ishmael Zulu, Policy Officer – Tax and Equity at TJNA says:
“Our study provides empirical evidence around domestic tax policies and international tax policies, areas that have not been explored by other studies. This approach has powerfully illustrated research evidence role in implementing effective policies. It is important that we apply the lessons identified by the study in future, to improve tax formulation processes for the benefit of the research community and the public in general. When our systems are in order, our economies will be able to support sustainable development and be resilient even during unprecedented events such as the Covid-19.”
Busi Sibeko, Researcher at IEJ says:
“There is an increasing interest in fair and equitable taxation and how revenue can be directed towards public benefits. This interest has prompted a rapidly expanding focus on the crucial role of civil society in seeking to shape the tax reform agenda locally, nationally and internationally. To this end, we believe the recommendations laid out in this report will equip the CSOs with the most effective tools to advocate for policies lessening inequalities.”


Tax Justice Network Africa (TJNA) is a Pan-African research and advocacy organisation established in 2007 and a member of the Global Alliance for Tax Justice (GATJ). Through its Nairobi Secretariat, TJNA collaborates closely with its member organisations and other civil society partners across Africa to curb Illicit Financial Flows (IFFs) and promote progressive taxation systems.