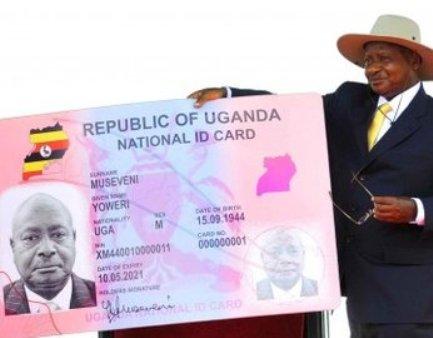 NIRA says, the story is not only incorrect, but also misleading and has serious implications for national security.

In the statement, NIRA says the authors of the article lack understanding of how the National Data is stored.


‘ ‘ The article was premised on a case currently under investigation by CID of the Police in which a businessman alleged to have lost 51m shilling through a fraudulent payment to a one Nobert Kamwebaze’’ the statement reads in part.

NIRA says the National Identification Number (NIN) cited in the story doesn’t exist. Preferring to call: a case of forgery. The Sunday Vision quoted NIN CM8605210PADGW. However, NIRA says, the number does not exist in the national ID register.


‘ ‘ A search of the National ID register has been done to establish the right NIN of the mentioned Norbert Kamwebaze. Whereas, the name exists, his right NIN is different from the one quoted in the article. this is therefore a clear case of forgery and does not amount to identity theft as is suggested in the article’’ NIRA observed.
The statement adds: the established procedures restrict access to data to specific offices at NIRA and no person’s other than those stated in the law can access the confidential information.

NIRA says access to data in the National ID Register is “strictly regulated and guided” by procedures laid down in the Registration of Persons Act 2015 contrary.
‘‘No NIRA staff other than those designated by internal control procedures and policies can access data on NIR. It is therefore erroneous to suggest that information could have been leaked by NIRA officials.’’
“The process of establishment of the national ID register envisaged risk to data security, hence the establishment of stringent technical and legal controls on data access,” said NIRA.


The NIRA called on Ugandans to stay calm as their details are safe. ‘‘We wish to reassure the public that the national ID data is secure to the highest security levels and access to that data is strictly according to the Registration of Persons Act 2015 and regulations,”