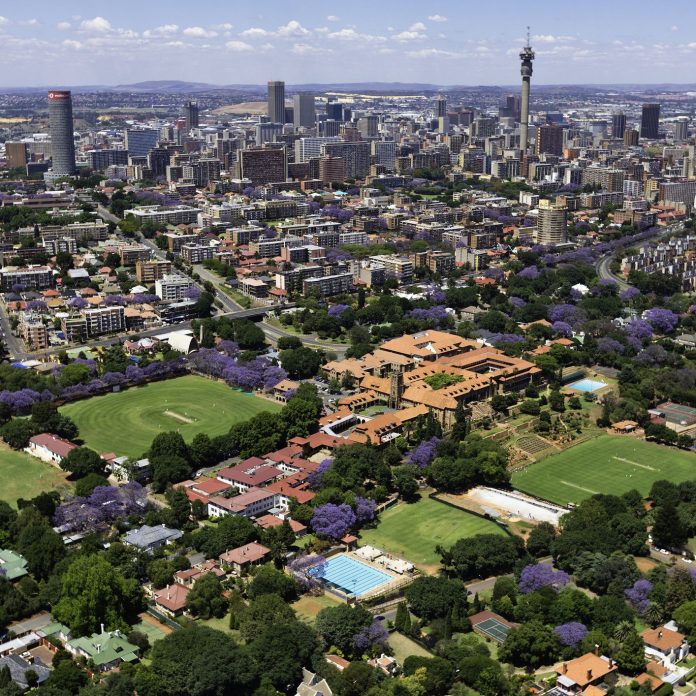 The report- Africa Wealth Report 2021 by New World Wealth defines the “total wealth” of a city as the private wealth held by all the individuals living in it.
It includes all their assets (property, cash, equities, business interests) less any liabilities. Government funds are excluded from the calculation. The data is for December 2020 and, therefore, take into account the impact of the coronavirus outbreak.

Most of Johannesburg’s wealth is concentrated in Sandton, which is home to the Johannesburg Stock Exchange (the largest stock market in Africa) and to the head offices of most of Africa’s largest banks and corporates. Major sectors in the city include financial services like banks and professional services like law firms and consultancies.

The 10 wealthiest cities in Africa

1. Johannesburg– the South African city is considered the wealthiest city in Africa with an estimated wealth of $248 billion.
Most of Johannesburg’s wealth is concentrated in Sandton, which is home to the JSE (the largest stock market in Africa) and to the head offices of most of Africa’s largest banks and corporates. Major sectors in the city include financial services like banks and professional services like law firms and consultancies
It is also the most visited city in Africa with more than 5 million annual visitors. The city is home to 2 dollar billionaires and about 16000 millionaires.

2. Cape Town– It is the legislative capital of South Africa with a total wealth of $133 billion (about Sh13 trillion) with a population of more than 3.5 million.


the city on the continent and home to 6 500 dollar millionaires and one dollar billionaire. It boasts Africa’s most exclusive suburbs including Clifton, Bantry Bay, Fresnaye, Llandudno, Camps Bay, Bishopscourt and Constantia. The Mother City is also home to a number of top-end lifestyle estates including Steenberg, Atlantic Beach and Silverhurst Estate. Major sectors include real estate and fund management.

3. Cairo– It is the capital city of Egypt and the largest in the country. The city accounts for 22% of Egypt’s economy and is home to the most billionaires in Africa, totaling 5. Its total wealth is $129 billion.

4. Lagos– It is the most populous city in Africa with population of over 22 million. Its wealth is estimated to stand at $96 billion. The city has 2 dollar billionaires and 5400 millionaires.


5. Durban– the South Africa city with a total wealth of $54 billion.
6. Nairobi– The capital of Kenya with a population of about 4.5 million people with an estimated total wealth of $49 billion. Nairobi is the wealthiest and most visited city in East Africa. There are about dollar 6200 millionaires.


9. Casablanca– It is the largest city in Morocco, is in 9th place with a total wealth of $39 billion. There are 2 dollar billionaires
10. Accra– This is Ghana’s capital is a centre for manufacturing and marketing. There are currently above 100 people in Accra with a net worth of $100 million.

The bottom three cities are Maputo in Mozambique, Lusaka in Zambia and Mombasa in Kenya.