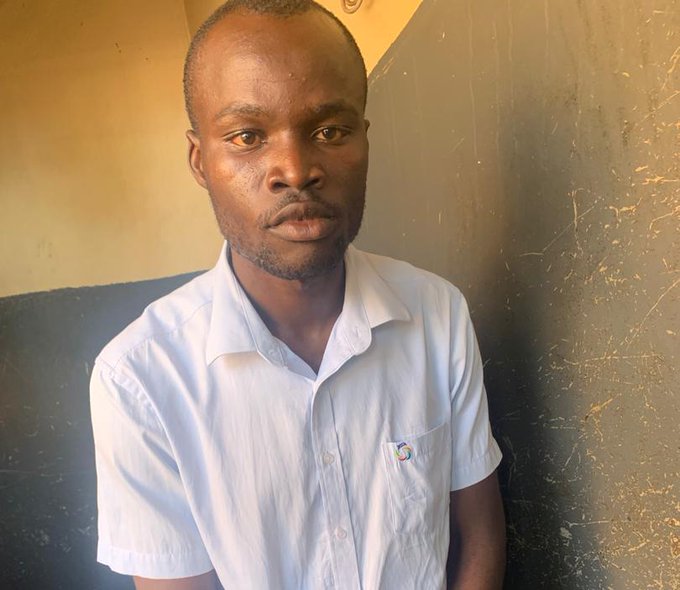 Police on Monday arrested Mutwahilu Bogere Wasswa, 24 years, chairman of Bweyogerere Bukasa stage in Old Taxi park, Kampala Capital City for attempted suicide.
According to Patrick Onyango, the Kampala metropolitan police spokesperson, the taxi driver went in front of City Hall, with a five litre jerry can of petrol and match box with intention to set himself ablaze.
‘’He was protesting operation on public service vans without route charts on Burton Street by Kampala Capital City Authority.’’
Police arrested him before he could set himself ablaze. He is currently detained at Central Police Station in Kampala on attempted suicide offences.


Attempting to commit suicide is an offence.

Meanwhile Police have impounded over 200 motorcycles and arrested their riders in Kampala Metropolitan areas for violating presidential directives stopping them from carrying passengers as part of the Coronavirus Disease (COVID-19) preventive measures.
Patrick Onyango, says most of the motorcycles were impounded along Kampala–Jinja road, Northern bypass, and Bombo road in Wandegeya, city center and other parts of Wakiso areas.


According to Police, the operations follows continued violation of presidential directives and Health Ministry guidelines by Boda boda riders mostly in Kampala and Wakiso districts
“In the operation police officers arrested both riders and their passengers that were violating Ministry of Health guidelines. Onyango said”
According to Onyango, several riders and passengers were arrested and are detained at various police stations under Kampala Metropolitan Police area.


He explains that the suspects will be charged with disobedience of lawful orders and doing acts likely to spread infectious disease.