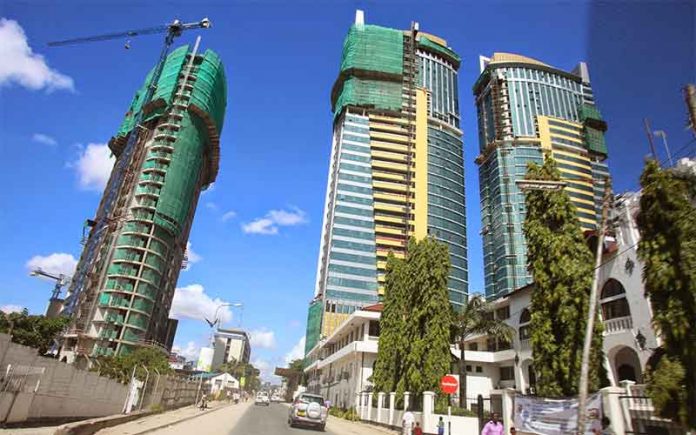 Tanzanian nationals can now acquire a mortgage at a single-digit interest rate, thanks to an arrangement by state-owned real estate entities and some commercial banks.
While interest on mortgages usually range between 15 and 19 percent, the arrangement will see beneficiaries charged nine percent.


According to the Minister for Lands, Housing and Human Settlements Development, Mr William Lukuvi, the mortgages have become unpredictable and “very costly” for ordinary people.
He was speaking in Dodoma during a briefing on the sectors development in the past 60 years.
“It is not possible for a poor citizen either an employee from the public or private sector, to take a mortgage loan and be charged an interest rate of up to 25 percent. He cannot repay it,” he said.
Mr Lukuvi said the government would start to facilitate the nine percent interest loan for customers of the 1,000 units’ housing project in Dodoma developed by the National Housing Corporation (NHC).
“We have also started a new practice whereby we make sure the handing over of deeds and keys for the house is done as soon as the customer pays for the house,” said Mr Lukuvi.
NHC’s spokesperson Mr Muungano Saguya revealed to The Citizen that so far the organization has been able to partner with Azania Bank who consented to provide loans at that relatively low rate.


“For now we have one commercial bank which is Azania Bank; and their role is to assess the eligibility of the customer for the loan before paying it to NHC. Then the customer will repay the funds under that interest rate to the bank,” he said.
There is still potential for other commercial banks to join this initiative as Mr Saguya said NHC has a close association with other 16 banks in the country who have yet to join.
According to the Mortgage Market Update by the Bank of Tanzania (BoT) the number of mortgage lenders increased to 34 lenders as at March 31, 2020 compared to 32 lenders reported on March 31, 2019. In that period the outstanding mortgage debt stood at tSh436.02 billion equivalent to $189.47 million compared to Sh414.79 billion in 2019.
Regardless of the notable growth in the sector, the central bank also highlighted that high interest rates and lack of affordable housing remain among the prime constraints in the market.
So on providing for a cheaper mortgage loan minister Lukuvi said the government intention is to show to the other lenders that customers can be credit worthy at that level of interest.

The minister added that the sector has also continued to contribute to the national economy through the taxes, fees and other sources recording a total revenue of Sh735.8 billion in the period of ten years from June 2011 to July 2021.
He said, “Sh121 billion was collected in 2020/2021 fiscal year while in the current fiscal year we target a significant amount of Sh221 billion,”
Next year during the census, the government intends to obtain information of buildings that would enable it to plan sustainable sector improvement programs for the housing sector as well as improve policies and laws, he said.
“The land sector is one of the key sectors in facilitating other sectors in the wealth creation process; for boosting GDP and bringing both economic and social development to the people,” said Mr Lukuvi.
The citizen