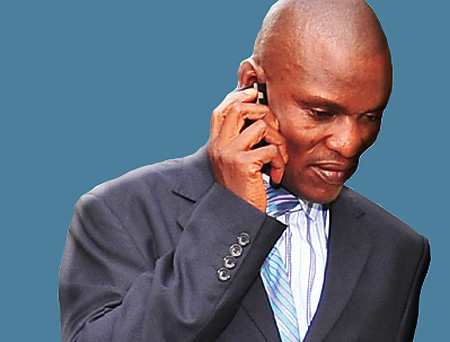 
Self styled media consultant and former Presidential Press Secretary, Tamale Mirundi’s hopes of returning to State House have been shattered after the appointing authority approved former Daily Monitor Managing Editor Don Wanyana as Senior Presidential Press Secretary.
The motor mouthed Tamale Mirundi was sacked last year after 13 years as press secretary. During this time, Tamale created more enemies than friends. He abused anybody, including ministers, religious leaders, and cultural leaders among others .He basically attacked anybody save for the First Family.


Also read: Golola Moses rotting away in debts: sleeps in tents –Wife flees home
On Monday 16th May 2016, while on Top Radio 89.6 F.M, Talk show hosted by Dustan Busulwa, Tamale Mirundi said that following the humiliation we went through at State House, he regrets the decision he took to work at the State House.
‘‘Having passionately defended President Museveni and the government, I feel embarrassed for what I went through when the people who work for the opposition and more so Amama Mbabazi ganged on to throw me out.’’ He said.
ALSO READ: Ugandan celebrities who made names for wrong reasons


Tamale accuses Andrew Mwenda of masterminding his sacking. A section of Ugandans were not happy that such a high office was put in charge of a man (Tamale Mirundi) whose personality ( abusive) leaves a lot to be desired.
Tamale was reportedly sacked for attacking the same Institution he was supposed to defend.
Mirundi said that every morning as he leaves for work, his children mock him. I hear them say: ‘‘See, he has yet again gone to work for the same people who don’t like him’’
The self styled media consultant said that if it was not for President Museveni who educated his children in globally respected universities as well as rescuing his mother when some bad Ugandans wanted to burn her alive, he wouldn’t be defending this government.


He also said that there are elements within the government who are working to bring down President Museveni and NRM government. He goes on to list some names.
ALSO READ: Kampala’s forgotten nightclubs
‘‘I feel relaxed now that am no longer at State House. For now, no one controls my head. I speak my mind on any issue. I was paid only Ugx. 800,000 but I was going through a lot then. I am happy I left the State House’’ he said.
‘ ‘ I still ask myself the intention of the people who advised President Museveni to invite someone who is wanted by the International Criminal Court at the swearing Ceremony. It was obvious the Europeans were going to walk away’’ Mirundi said.
Tamale did not have kind words for the Foreign Affairs office.


‘‘There must be some elements within the Foreign Affairs ministry working for the opposition. Otherwise, no sensible person would invite someone who is on the wanted list (International Criminal Court). How do you invite a president who a few years ago was using warplanes to bomb Ugandan farmers?’’ Mirundi wondered.
Sudan president, Omar al-Bashir was among the 14 African Heads of State who graced the highly successful Swearing in ceremony at Kololo on 12th May 2016.
President Bashir is wanted by the ICC for crimes against humanity and genocide in the Sudan Darfur region. He allegedly committed the crimes between 2005 and 2008.
Follows us on Facebook, click here: NEWZ POST