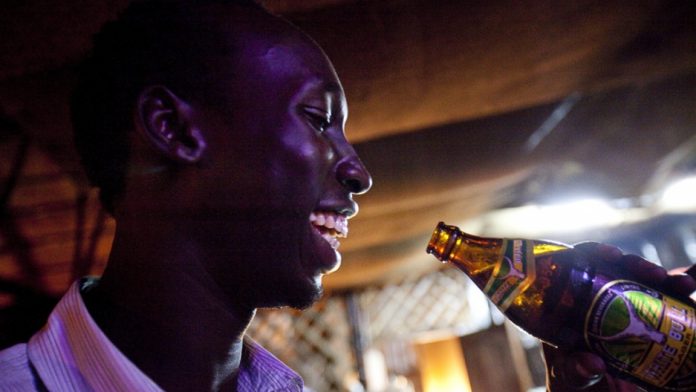 After more than 30 years of Islamist rule, Sudan has outlined wide-reaching reforms including allowing non-Muslims to drink alcohol, and scrapping the apostasy law and public flogging.
Non-Muslims are now allowed to consume alcohol in private, however the ban on Muslim drinking remains, Mr Abdulbari told state TV.
Non-Muslims could still be punished if they are caught drinking with Muslims, the Sudan Tribune reports him as saying.


He explained that the government was trying to safeguard the rights of the country’s non-Muslims, who constitute an estimated 3% of the population.
They are now allowed to drink, import and sell alcohol.
“We are keen to demolish any kind of discrimination that was enacted by the old regime and to move toward equality of citizenship and a democratic transformation,” he said.
“We [will] drop all the laws violating the human rights in Sudan,” Justice Minister Nasredeen Abdulbari said.
A raft of new laws were passed last week but this is the first public explanation of their contents.
Sudan has also banned female genital mutilation (FGM).

Under the new laws, women no longer need permission from a male relative to travel with their children.
The reforms come after long-time ruler Omar al-Bashir was ousted last year following massive street protests.
The current government is an uneasy mixture of those groups which ousted Mr Bashir and his former allies in the military, who ultimately staged a coup against him.
Under Mr Bashir, the morality police would often carry out public flogging for various misdemeanours but Mr Abdulbari said this punishment had now been abolished.


The latest changes come after a restrictive public order law that controlled how women acted and dressed in public was repealed in November.
The imposition of strict Islamist laws in the 1980s was a key factor in the long-running civil war which eventually led to independence for South Sudan, where the majority of people are Christian or follow traditional religions.