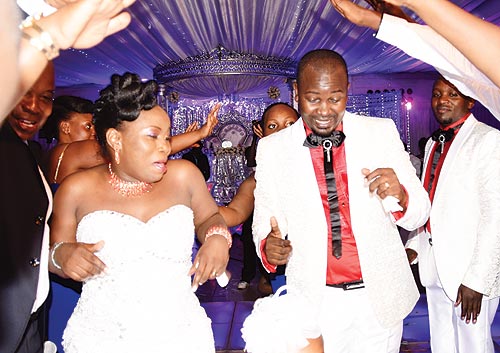 Sometime back, while on NTV’s morning show, Stecia Mayanja told the viewers that her husband was now living and working in the United Kingdom, she knew very well, this was a lie. The fellow was in Uganda and the two were not seeing eye to eye over infidelity.

Finally, on Friday 20th May, 2016, with a number of scandals, police cases to answer and huge debts amounting to Ugx. 200m arising out of bad deals and fraud related issues, Mr. Abbas Mubiru decided to flee the country. He is now in the United Kingdom.

Meanwhile, when the good news reached Stecia Mayanja, she was so happy. She even called her lawyers whom she had ordered to serve Mr. Abbas Mubiru to vacate her house to relax for now since Mr. Mubiru is now out of the country. Stecia may relocate to her house anytime soon.

Hello, Ugandans in the United Kingdom, here he comes, get already.