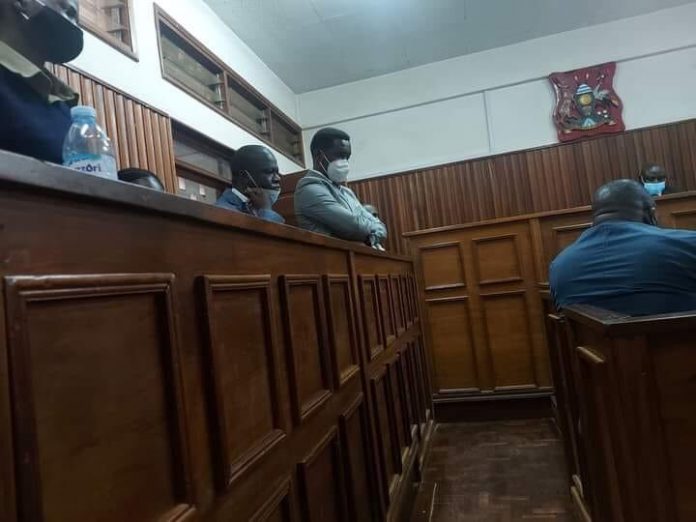 Prosecutors on Tuesday charged two lawmakers allied to opposition leader Bobi Wine with the murder of three people, following a spate of unsolved killings that have stoked widespread public alarm.
Wine’s opposition National Unity Platform (NUP) dismissed the prosecution of the two MPs, Muhammad Ssegirinya and Mr Allan Ssewanyana, both NUP members, as a politically motivated attempt by authorities to smear the party.
Appearing at a court in Masaka, the two were charged with the three murders and remanded in prison.
Security agencies have been investigating a spate of killings of at least 26 people in a wide area around Masaka in recent past.


In accounts widely reported in local media, machete-wielding men would arrive at victims’ homes in the middle of the night and cut them to death. Most of those killed were elderly people.
The area where the attacks have occurred voted overwhelmingly against incumbent President Yoweri Museveni, 76, in a presidential election in January 2021.
Police on Monday said they had arrested 23 suspects linked to the killings, adding some implicated the two lawmakers during interrogation as “the masterminds behind the vicious murders.”

The motive, police said, citing suspects, was to attack elderly residents who had voted for Museveni.
Information minister Chris Baryomunsi last month told local television that politicians were behind the killings, but did not name them.
The NUP reacted dismissively.