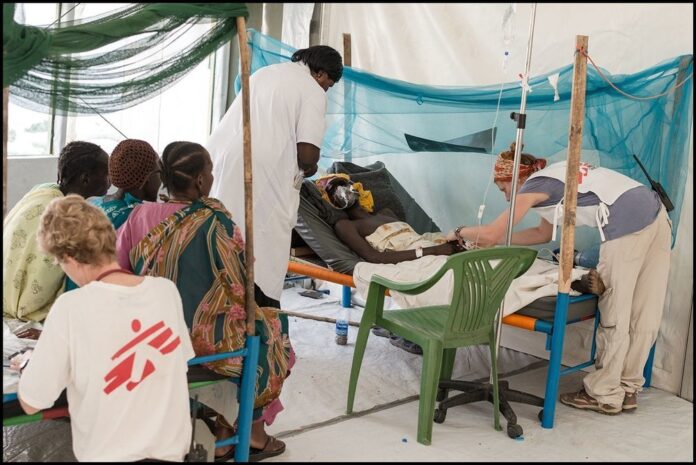 Authorities in Malakal, Upper Nile state say deceased patients are still being kept in treatment wards due to lack of a mortuary.
Dr Nyango Adwok, the acting director-general of Malakal Teaching Hospital says the only old mortuary was completely destroyed during the five-year civil war.
According to Dr. Adwok, the hospital currently receives about 100 outpatients a day and admits about 20 patients daily.


However, he said, whenever a patient dies, the hospital is forced to put the body among in-patients until they are taken by their relatives.
“We don’t have a Mortuary in Malakal Teaching hospital, and when someone passes on before his or her family member takes the dead body, we keep the dead body in the general ward with the patient together,” Adwok said

“On the northern side of the hospital, the buildings are damaged and it needs to be reconstructed and even not rehabilitation.
“The programme of Covid-19 brought us good things and it led to the maintenance of some wards within the hospital because they opened a center within the hospital and those of MSF took care of it for three months when they were still there.”
Since the 2016 conflict, several NGOs and UN agencies have been partnering with the Upper Nile State government in the health sector to assist the local community there.
The facility has for years been understaffed, presenting another blow to their work in providing health services to the populace.

There are only nine right now with three doctors at the facility and the hospital doesn’t have x-ray and ultra-radiography.
Dr. Nyango is now calling on the national government to consider Malakal Teaching hospital as one of the main referral hospitals in the country and provide the necessary support.
Eye Radio.