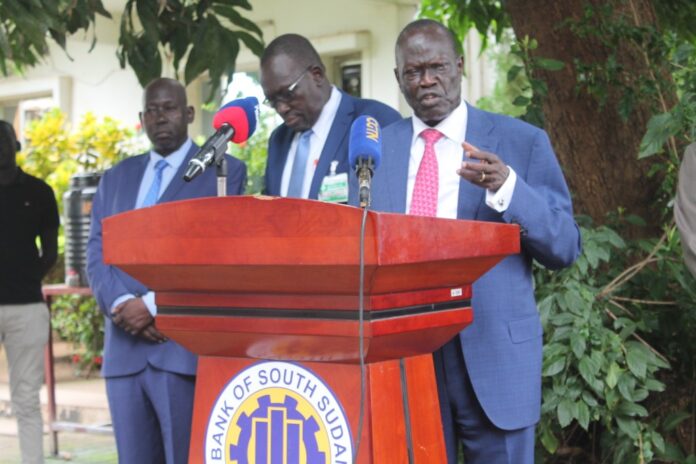 South Sudan’s central bank said Thursday it will inject 20 million U.S. dollars, an increase from the previous 13 million dollars, into the economy weekly to strengthen the local currency, pound, against the dollar.

Moses Makur Deng, the Governor of the Bank of South Sudan (BOSS) said the central bank would auction the money to commercial banks and forex bureaus from Aug. 15.
“The way forward as we speak is that we are going to increase the auction from the current 13 million dollars to 20 million dollars a week,” Makur told journalists in Juba, the capital of South Sudan.


He said the move is aimed at mopping up excess liquidity that has seen recently the South Sudanese pound (SSP) lose value against the dollar.

The SSP is currently exchanging at 73 to the dollar from the previous 43 in January. Makur blamed this change on the capital flight by foreign businesses. “We are running an economy that depends very much on foreigners, either businessmen or companies, whatever we inject, they take it to their countries,” he said.
South Sudan’s economy is struggling to recover from high inflation caused largely by years of conflict since December 2013 that hit its oil sector. The country depends on oil revenues to finance 95 percent of its fiscal budget.