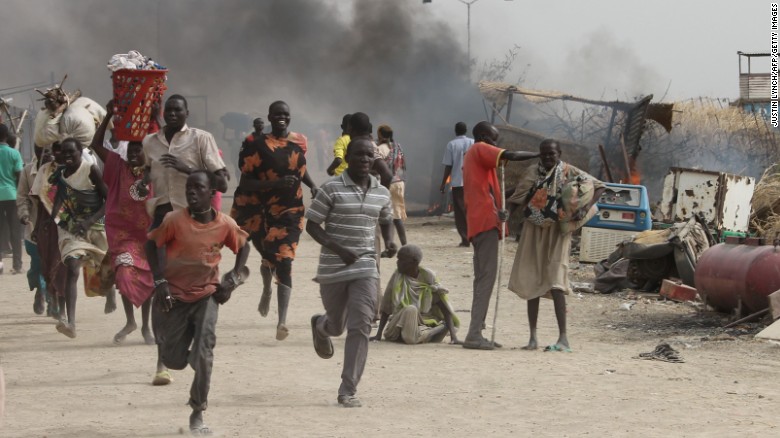 The African Union (AU), the Intergovernmental Authority on Development (IGAD), and the United Nations (UN) held a joint consultative meeting on South Sudan on January 29, 2017 on the margins of the African Union 28th Ordinary Summit of the Heads of State and Government in Addis Ababa.

The AU, IGAD and UN, expressed their deep concerns over the continuing spread of fighting, and risk of inter-communal violence escalating into mass atrocities, and the dire humanitarian situation in South Sudan. The AU, IGAD and UN reaffirmed their continued and collective commitment in the search for lasting peace, security and stability in the country.

They further stated that there can only be a political solution to the conflict, within the framework of the 2015 Agreement on the Resolution of the Conflict in South Sudan (ARCSS).

The AU, IGAD and UN reiterated their call for an immediate cessation of hostilities and urged the parties to ensure inclusivity of the political process, both in the proposed National Dialogue and in the implementation of the ARCSS.

The AU, IGAD and UN commended the important work performed by the JMEC Chairperson and encouraged the AU High Representative for South Sudan to undertake active shuttle diplomacy towards ensuring the inclusivity of the National Dialogue and the ARCSS implementation, in close consultation with the JMEC Chairperson, the UN and IGAD.

The AU, IGAD and the UN reaffirmed their commitment and determination to further enhance their cooperation in support of the South Sudan peace process.

Also in attendance, were the Minister for Foreign Affairs of Ethiopia, the Executive Secretary of IGAD, the AU Commissioner for Peace and Security, and other senior officials of the three organizations.