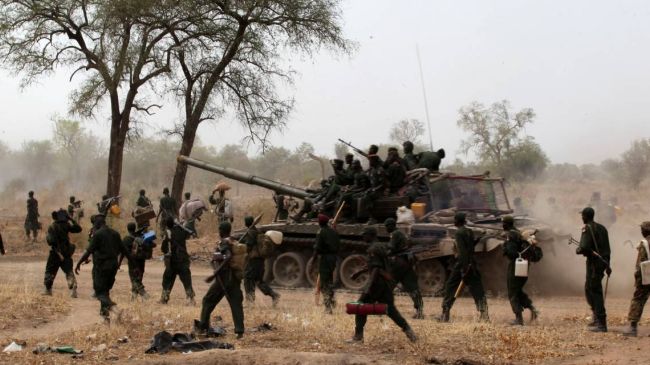 
South Sudan’s army clashed with rebels in an oil-producing region early on Sunday, both sides said, shattering a ceasefire hours after it came into effect. Both sides accused the other of starting the fighting around the town of Koch in Unity state.
A cease-fire between government and several rebel groups in war-torn South Sudan went into effect on Sunday, aiming to revive a stalled 2015 peace deal and end four years of civil war.


The South Sudanese government and numerous opposition factions on Thursday signed a cessation of hostilities agreement in Addis Ababa, Ethiopia and it began on Dec. 24.
The cease-fire agreement brokered by the Intergovernmental Authority on Development (IGAD), an east Africa regional bloc, asked the warring parties to stop military operations, demands that forces remain in their bases and further called for release of political detainees.


South Sudanese President Salva Kiir on Saturday directed the leadership of the army to comply with the agreement.
Riek Machar, leader of the main rebel group, Sudan People’s Liberation Army-in Opposition (SPLA-IO) on Friday ordered his forces to remain in their bases and cease confrontations.


IGAD and the international community are betting on the High-Level Revitalization Forum convened in Addis Ababa as the last push to end the devastating conflict in the world’s youngest nation.
South Sudan has been embroiled in four years of conflict that has taken a devastating toll on the people, and creating one of the fastest growing refugee crisis in the world.


A peace deal signed in August 2015 between the rival leaders under UN pressure led to the establishment of a transitional unity government in April, but was shattered by renewed fighting in July 2016. The UN estimates that about 4 million people have been displaced internally and externally.