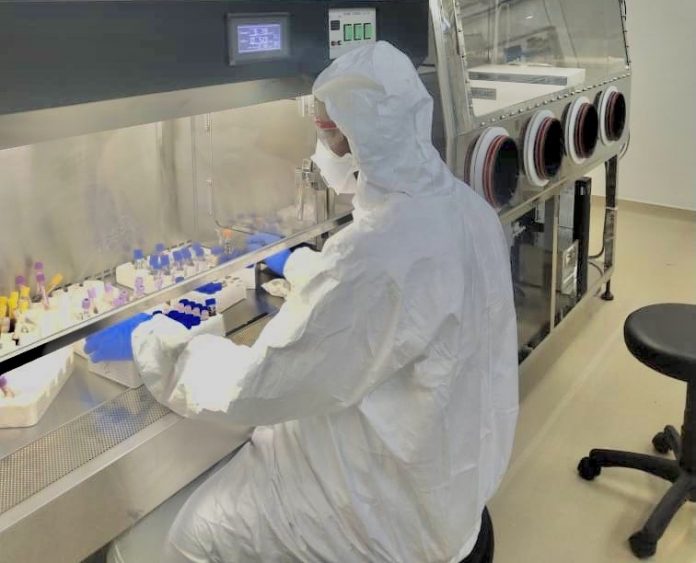 South African scientists have detected a new coronavirus variant with multiple mutations but are yet to establish whether it is more contagious or able to overcome the immunity provided by vaccines or prior infection, the National Institute for Communicable Diseases (NICD) has said.
The variant, known as C.1.2, was flagged last week by the KwaZulu-Natal Research and Innovation and Sequencing Platform in a preprint study that has yet to be peer-reviewed. NICD scientists said on Monday C.1.2 was only “present at very low levels” and that it was too early to predict how it might evolve.
While the majority of South Africa’s coronavirus cases are currently caused by the Delta variant – first detected in India – C.1.2 caught scientists’ attention because its mutation is almost twice as fast as observed in other global variants.


Its frequency remains relatively low, however, and it has so far been detected in less than 3 percent of genomes sequenced since it was first picked up in May – although this has increased from 0.2 percent to 2 percent last month.
“At this stage, we do not have experimental data to confirm how it reacts in terms of sensitivity to antibodies,” NICD researcher Penny Moore said during a virtual press briefing.
“[But] we have considerable confidence that the vaccines that are being rolled out in South Africa will continue to protect us against severe illness and death,” she added.
So far C.1.2 has been detected in all nine provinces of South Africa, as well as in other parts of the world including China, Mauritius, New Zealand and the United Kingdom.

It is however not frequent enough to qualify as a “variant of interest” or a “variant of concern” such as the highly transmissible Delta and Beta variants, which emerged in South Africa late last year.
South Africa is the continent’s hardest-hit country with more than 2.7 million COVID-19 cases reported to date, of which at least 81,830 have been fatal.
The Beta variant drove a second wave of infections in December and January, and the country is now grappling with a persistent third Delta-dominated wave predicted to overlap with a looming fourth.