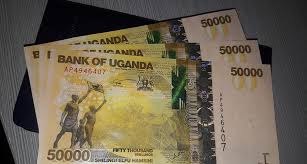 The Uganda shilling was relatively stable all week trading within a range of 3683/3693 supported by end month flows from commodity exporters and charities.


All tenors registered demand over and above the offered amount.
In the regional currency markets, the Kenya shilling was stable but was expected to come under pressure on demand form energy and manufacturing.
Trading was in the range of 103.45/65.
The Tanzania traded within a narrow range on tourism and agriculture flows. Markets quoted the shilling at 2,292/2,302.


In the global markets, the US dollar held strong as comments from Beijing sparked renewed hopes that China and US could get full – fledged negotiations back on track to resolve the protracted trade dispute.
The greenback was also supported by investors end month market rebalancing needs.
Meanwhile a closely watched yield curve inversion in US treasuries remained with the yield on the 10 year below that of a two year note, an issue that has raised concerns among investors as the phenomenon has historically preceded a recession.


In Britain, the sterling struggled as the threat of a no deal Brexit became obvious following the suspension of parliament to dodge a possible no confidence vote.


Outlook for the shilling suggest that the currency is likely to begin a phase of weakening as importers begin placing orders for end of year stocks, a cyclical scenario typical at this time of the year.