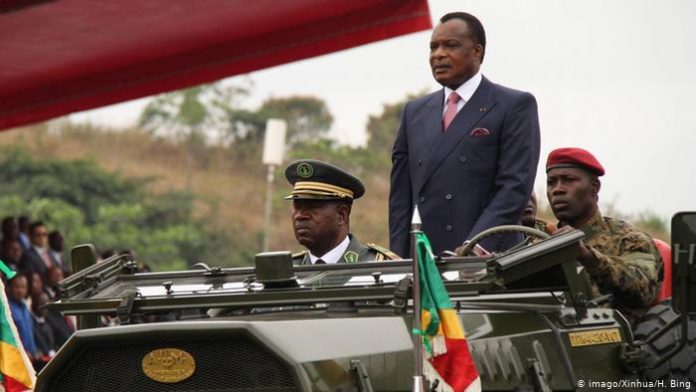 The tiny republic of San Marino has confiscated $19 Million (about Ugx. 70bn) stashed in its banks by one of Africa’s longest-serving leaders.
The money was allegedly deposited by Denis Sassou Nguesso, the president of the Republic of Congo, the former French colony also known as Congo-Brazzaville.


The seizure of the money by authorities in San Marino, which covers just 23 square miles and is entirely surrounded by Italy, followed an investigation into money laundering.
The $19 million – one of the largest sums ever seized by the republic – was just part of €69 million that was deposited in the republic’s banks by President Sassou Nguesso and his entourage between 2006 and 2011.

It was kept in 36 separate accounts, some of them belonging to the president’s relatives, investigators said.
The money funded a lavish lifestyle for the president and his circle, with €114,000 spent on crocodile skin shoes, €2.3 million splurged on watches, and hotel stays in Paris that cost up to €11,000 a night.
“This was an important result which crowns the investigations by the courts of the Republic of San Marino,” said Nicola Renzi, the country’s foreign minister. “It demonstrates our capacity to fight against international money laundering.”


The seized money will go into San Marino’s coffers, he said.
Mr Sassou Nguesso is one of the longest-serving leaders in Africa, having first come to power in 1979.
He lost the job in the country’s first multi-party elections in 1992 but returned to power in 1997 after a brief civil war in which he was backed by Angolan troops.


The French-trained former paratrooper has been dogged by corruption allegations, with accusations that he plundered state finances in order to buy cars and expensive homes in France.

Congo is one of the biggest oil producers in sub-Saharan Africa but nearly half its people live in poverty, according to the World Bank. Life expectancy for men is 63 and for women 66.
/Telegraph