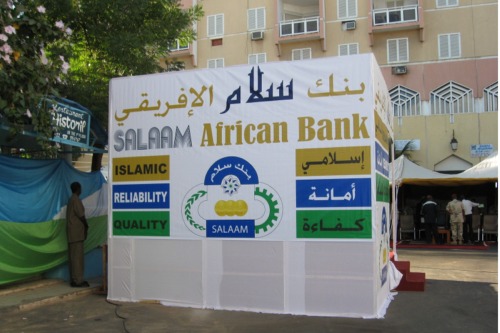 The Bank of Uganda on Monday announced the takeover of Top Finance Bank by Djibouti based Salaam African Bank
The transaction was concluded following Bank of Uganda approval in accordance with provisions of financial institutions Act 2004.
At the time of acquisition, the Bank had one branch, located on Plot 53, Kampala Road. According to 2021 Bank financials, Top Finance Bank was among the five reported banks as undercapitalized. The struggling Bank has reportedly been on sale for the last four years. [ full story coming soon)


The Bank was registered on 14th June 2012 as a company limited by shares to provide financial services in Uganda and on 8th September 2014.
May last year, by Salaam African Bank acquired 100 percent shareholding of Uwezo Microfinance Bank Limited (Uwezo MFB).

Uwezo Iwas licensed by Central Bank of Kenya on November 8, 2010 as a community microfinance bank carrying out business in Starehe Division of Nairobi County.
The institution was granted approval to upgrade to a nationwide microfinance bank in December 2015. Uwezo MFB had a market share of 0.45 percent of the microfinance banking sector and was ranked 10 out of 14 MFBs as at March 31, 2021. It has one branch in Nairobi


SAB was established in Djibouti in 2007 and is licensed and regulated by the Central Bank of Djibouti as one of the three (3) Islamic banks in Djibouti.
The bank, which holds 30 percent of the total bank accounts in Djibouti, has the highest number of branch. And Automated Teller Machines (ATMs) in Djibouti. SAB has a presence in Ethiopia through a representative office and in Kenya through an investment bank licensed by the Capital Markets Authority


read: Fraud, insider dealing at Uganda Development Bank: 900m disappears just like that; could this be a tip of the iceberg?