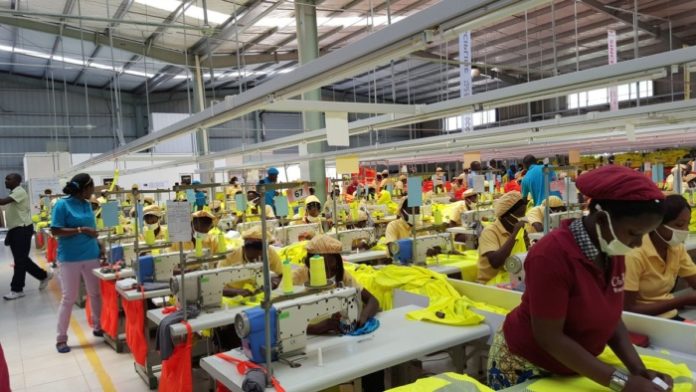 
“Made in Rwanda”, expanding domestic production, good rains, gains in revenue mobilization among other factors have helped Rwanda’s economic growth. The International Monetary Fund (IMF) team that visited the country recently noted in a report.


The team, led by Laure Redifer, visited Rwanda from October 25-November 8, 2017, to discuss economic policies that could support the completion of the eighth and third reviews of Rwanda’s PSI and SCF-supported programs.

The team highlighted that Rwanda’s economy continues to perform well, with strong implementation of its IMF-supported programs. Due to a combination of factors (drought, completion of large construction projections, and policy adjustment to address external imbalances), growth decelerated over the second half of 2016 and in early 2017.


The team projects a gradual growth recovery during the second half of 2017, owing to good rains and expanding domestic production. Overall, growth in 2017 is expected to be 5.2 percent, which is still well above growth averages for sub-Saharan Africa.

A growth acceleration in the medium term will lead to average growth above 7 percent over the next three years. After peaking in early 2017, headline inflation declined to well below the central bank’s 5 percent headline target as food supply constraints and depreciation pressures receded. By end year, inflation is expected to remain below 5 percent.


“Rwanda’s external trade deficit contracted over the past 18 months, following a strong improvement in exports of goods and a modest reduction in imports. These developments were partly in response to decisive government policies; in particular, greater exchange rate flexibility, public spending restraint and prudent monetary policy.

In addition, the government implemented a “Made in Rwanda” policy to encourage domestic production of certain goods (cement, rice). These efforts have led to an accumulation of foreign exchange reserves through end August.


“Recent gains in revenue mobilization have tapered off owing to the growth slowdown, tax incentives, and the implementation of the EAC restrictions on used clothing. To reestablish a rising trend in the tax revenue ratio to GDP, the mission encouraged passage of income and property tax laws as soon as possible, and analysis of the effectiveness of various tax incentives.