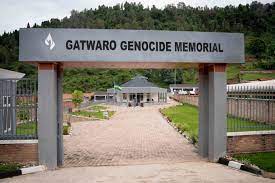 A Rwandan priest was arrested in France this week on charges of providing, among other things, food to militiamen who massacred members of the Tutsi minority in his church during the 1994 genocide in the African country, authorities said Friday.
Marcel Hitayezu, was charged on Wednesday with genocide and being an accomplice to crimes against humanity, according to the national anti-terrorism prosecutor’s office.


He was arrested the same day at his home in Montlieu-la-Garde, southwestern France, a source close to the case said.
Prosecutors said Hitayezu was the priest at a church in Mubuga, in southern Rwanda, when the genocide took place and in April 1994 withheld food and water to Tutsis who had sought refuge in his church. He instead gave food to extremist Interahamwe militiamen who attacked the refugees, prosecutors added.
“Marcel Hitayezu denied the charges at his initial appearance before a judge,” the prosecutor’s office said.

Extradition request
Rwanda had sought to extradite Hitayezu, but France’s Cour de Cassation, the country’s highest criminal court, in 2016 rejected the request, as it did similar requests by Kigali for others suspected of having taken part in the genocide that saw around 800,000 people slaughtered, mainly from the ethnic Tutsi minority.
The genocide between April and July 1994 began after Rwanda’s Hutu President Juvenal Habyarimana, with whom Paris had cultivated close ties, was killed when his plane was shot down over Kigali on April 6.


Extremist Hutu militias went on rampage, killing Tutsis and moderate Hutus, in a bloodbath that came after decades of tensions and violence between the two communities.
French authorities had launched a probe into Rwanda’s accusations against Hitayezu in July 2019, three years after the extradition request.


“He was until Wednesday vicar to the priest at the Montlieu-la-Garde church,” the regional archdiocese told AFP.
According to the daily La Croix, Hitayezu spent three years in refugee camps in eastern Congo before arriving in France in 1998 or 1999. He was given refugee status in France in 2011.
AFP