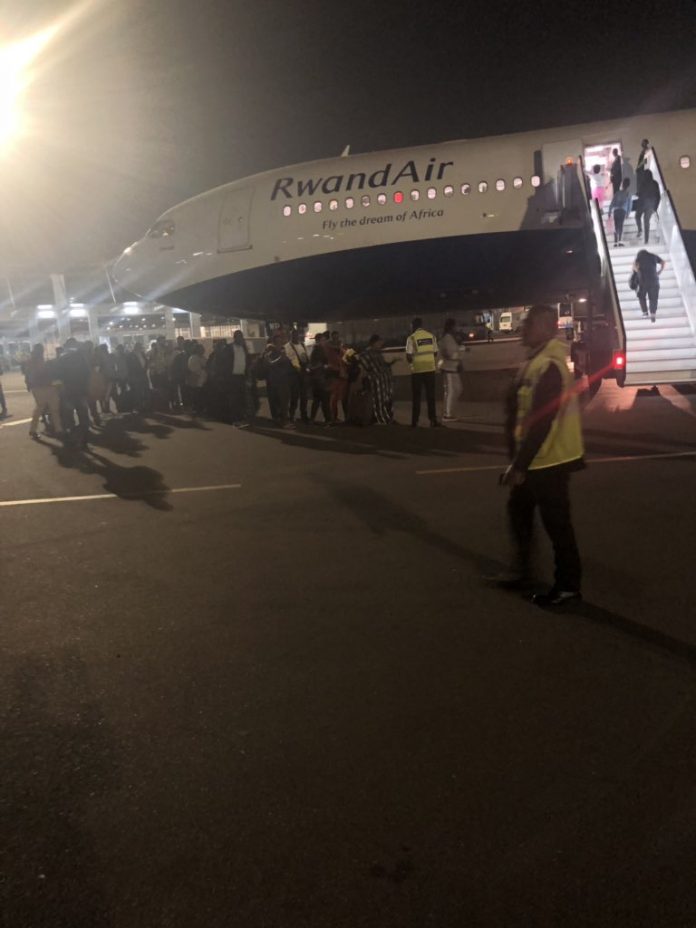 
He added: Great Trade potential between our two countries and the continent. WB will be flying three times a week. We thank the China Aviation Team for the speed at which approvals were made.
‘ ‘ The direct flight between China and Rwanda, is an important milestone for bilateral trade and tourism’’ said Clare Akamanzi, the executive director and chief executive officer of the Rwanda Development Board
The Airline has in the recent years has been expanding its wings to new destinations

The Airline also plans to start non-stop flights to New York in the US and Tel Aviv, Israel. Israel recent opened regional embassy in Kigali.
The volume of trade between Africa and China has increased significantly. RwandAir was targeting to “facilitate these trade exchanges, not just Rwanda but other African countries and China.
“There are currently a lot of business transactions going on between China and the continent and we think that Guangzhou route will help ease connectivity between Africa and China,” Uwihanganye said.


Loss making Airline
Rwanda government has been sustaining RwandAir since it was established in 2002. The regime says it will continue to do so ”until the company breaks even and generates enough funds to fully finance its operations.”
President Paul Kagame is eager to build tourism industry. The state-owned RwandAir is part of the equation — Kagame wants an airline that operated across the African continent, Europe, Asia and North America. By 2016, RwandAir’s total assets stood at US$238 Million.