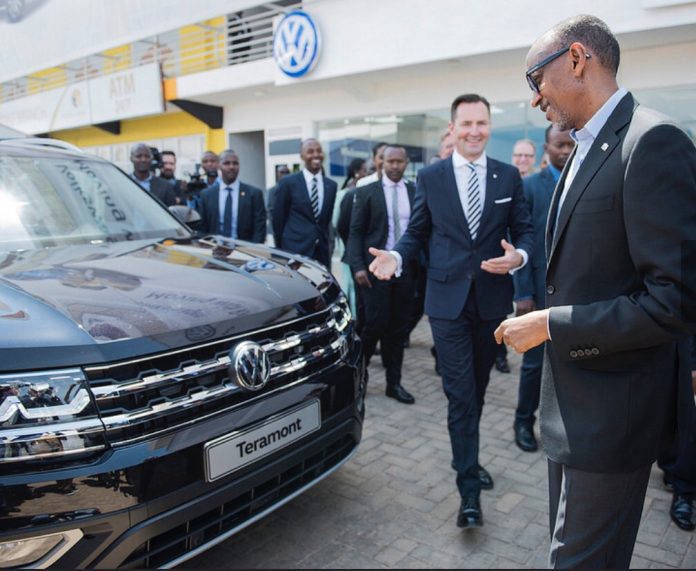 President Paul Kagame announced on Tuesday that Rwanda has decided to embark on a shift to electric vehicles in the coming years.
He made the remarks while addressing the Global Roundtable on Extractive Industries, a conference convened online by the UN Secretary-General António Guterres, to discuss how to transform the extractive industry into an engine for sustainable development.
Mr. Kagame said Rwanda is also committed to upgrading to clean cooling technologies, in line with the Kigali Amendment to the Montréal Protocol.


Speaking to the participants, Mr. Kagame noted that the world is on a path to decarbonization, which implies significant changes to energy policies, particularly around coal and other fossil fuels.

Talking about the extractive industry, Kagame said it has had a bad reputation, where its dividends often don’t reach the public, or its impacts on the environment are not accounted for.

He therefore called for “a new compact” between governments and the private sector to deal with such issues.


On his part, Guterres highlighted the importance of mineral resources, saying they are one of “earth’s great endowments.”

Noting that these industries generate large amounts of foreign exchange earnings, foreign direct investment and government revenues, and have the potential to drive economic growth and poverty reduction,
He expressed dismay that they continue to be associated with a “litany of ills.”