Home Politics Rwanda govt: one of the most prolific transnational repression actors worldwide; with... 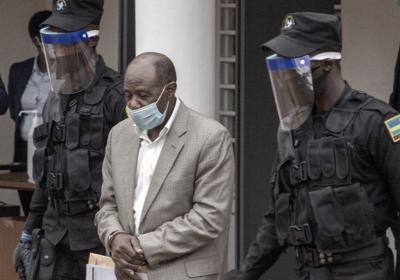 Rwandan transnational repression is exceptionally broad in terms of tactics, targets, and geographic reach.
Rwandans abroad experience digital threats, spyware attacks, family intimidation and harassment, mobility controls, physical intimidation, assault, detention, rendition, and assassination.
The government has physically targeted Rwandans in at least seven countries since 2014, including the Democratic Republic of Congo and Kenya, as well as farther afield in South Africa, the United Arab Emirates, and Germany.
Rwandans as far-flung as the United States, Canada, and Australia report intense fears of surveillance and retribution.


The cases documented by Freedom House represent a small fraction of alleged incidents, but provide a useful window into the extent and methods of the Rwandan government’s campaign, especially when taken into consideration alongside interviews, existing research, and the broader pattern of allegations.
The government usually targets individuals who challenge it through criticism or active resistance, or who question its version of Rwandan history. Authorities take an extremely broad view of what constitutes dissent and seek to exert control over the totality of the diaspora, including through its embassies and official diaspora organizations.
Even communicating with fellow Rwandans who have run afoul of the government poses a risk. “No [Rwandan] wants to have coffee with me even though we are thousands of kilometers from the country,” a Rwandan exile residing in Europe told Freedom House.
The commitment to controlling Rwandans abroad and the resources devoted to the effort are stunning when considering that Rwanda is a country of 13 million people where roughly a third of the population lives below the poverty line.

Transnational rwanda repression has been a feature of President Paul Kagame’s regime since the early days of his rule. Kagame and his Rwandan Patriotic Front came to power following the 1994 genocide
Kagame’s regime has gained an international reputation for maintaining stability and economic growth, but at least some of the regime’s longevity is made possible by persistent suppression of political dissent through surveillance, intimidation, and violence.
These tactics are used indiscriminately within Rwanda and are mirrored outside the country.
“What I can tell you is that in justice there is no long distance. Wherever anyone who tries to destabilize the country is located, they should be aware that justice will reach you,” said a spokesperson for the Rwanda Investigations Bureau, after rendering an alleged rebel leader from Comoros in 2019.
Transnational repression dates to the early days of RPF rule
Théoneste Lizinde and Augustin Bugirimfura—a former insider and a businessman, respectively—were killed in Kenya in 1996.
Two years later, former interior minister Seth Sendashonga was shot to death, also in Kenya.
In 2010, General Kayumba Nyamwasa, a former member of the Rwandan military, survived an assassination attempt in South Africa. A year later three Rwandan exiles in the United Kingdom faced threats against their lives.
Interspersed between these high-profile incidents are numerous other disappearances, attacks, assassinations, and threats, amounting to a multidecade campaign against Rwandans abroad.

The bulk of documented Rwandan cases involve high-profile exiles, many of whom are former military figures or insiders from Kagame’s government who have fallen out of favor, and who are often affiliated with opposition groups like the Rwanda National Congress (RNC).
Patrick Karegeya, a former head of the intelligence service was murdered in a Johannesburg hotel on January 1, 2014, and Lieutenant General Kayumba Nyamwasa, was shot in 2010 after escaping to South Africa, but survived.
Of Karegeya’s murder, the Rwandan defense minister said, “When you choose to be a dog, you die like a dog.”


Renditions in Central and East Africa

Beyond the internationally known cases there are many less prominent and less well documented incidents, notably renditions in central and east Africa.
Nevertheless, there is a common thread between these regional renditions and high-profile captures like that of Rusesabagina: they are, for the most part, true kidnappings that are executed without any show of due process.
Jean Chrysostome Ntirugiribambe—a former military captain who later worked as a defense investigator for the UN tribunal investigating the genocide, and had been living in exile in Togo—traveled to Kenya to visit his family in 2015. On June 23, while shopping in Nairobi, he was forced into a car by a group of armed men and allegedly brought to Rwanda. He hasn’t been heard from since.
There have also been Rwandan renditions from the neighboring DRC, which appear to involve Congolese and Rwandan security officials cooperating on Congolese soil.


A 2017 Human Rights Watch report documented the campaign against Rwandans in the DRC, citing interviews with 10 former detainees who were allegedly rendered illegally from the DRC to Rwanda.
Uganda is another apparent hotspot. David Himbara, a former aide and adviser to Kagame who is now a prominent critic in exile, published an open letter to president Museveni listing the names of more than 50 Rwandan refugees who were kidnapped or killed in Uganda from 2008 through 2015.
There are also a handful of well-documented cases from the past two decades, such as that of Charles Ingabire, a journalist assassinated in Kampala in 2011, and Joel Mutabazi, a former bodyguard of Kagame who was kidnapped from a UN High Commissioner for Refugees safe house in 2013.
In some cases, Ugandan law enforcement appears to have cooperated with the Rwandan government. In 2018 Uganda charged General Kale Kyihura, who led the country’s national police, on counts that include participating in the illegal rendition of Rwandan refugees.

Rwanda’s also deploys vast campaign of nonphysical repression including spyware attacks, digital threats and harassment, family targeting, and mobility controls.
After CitizenLab exposed the deployment of NSO Group’s Pegasus spyware via WhatsApp, the Financial Times identified six Rwandans affected. Those targeted include members of the RNC; the United Democratic Forces–Inkingi, an opposition party, a human rights defender; and Patrick Karegeya’s nephew.
According to the Times, many of the targeted Rwandans fear that their communications helped the Rwandan government track and pursue targets. David Batenga, Karegeya’s nephew, is among those who expressed such concerns:
Mr. Batenga says he is worried about how the information stolen from his phone via Pegasus could have been used. He helped arrange a trip for a Belgium-based compatriot in August, who then vanished a few days after landing in Kampala, the Ugandan capital, despite taking precautions that included changing safe houses.
A Rwandan human rights defender living in Uganda told Freedom House that he suspects that his phone calls are being tapped.


Digital threats and harassment through social media and public smear campaigns are common.
Government affiliated and progoverment social media accounts regularly mobilize against individuals who are critical of the government, and the so-called Rwandan Twitter Army systematically harasses and discredits opponents online.
Social media users who engage in attacks on behalf of the government are reportedly rewarded with access to government jobs or employment at private companies affiliated with the ruling party.
Progovernment accounts also use mass reporting as a silencing tactic. David Himbara alleges that progovernment Rwandan accounts reported his Facebook posts as violating Facebook’s community standards. Facebook removed his posts from the platform, before reinstating them after Himbara submitted an appeal.
Rwandan intelligence services reportedly monitor and report social media users who engage constructively with government critics.
A third nonphysical means that the Rwandan government uses to suppress its nationals abroad is family intimidation and harassment.
In 2017, prior to the spyware infection, UK resident Faustin Rukundo was subject to family targeting when his then-pregnant wife, Violette Uwamahoro, traveled to Rwanda to attend her father’s funeral. Soon after her arrival, contact with her was lost. the Rwandan police confirmed that she was in their custody. They charged her and a distant relative with a number of offenses, including revealing state secrets.


In 2019, the two brothers of a Sydney-based Rwandan refugee and human rights defender, Noel Zihabamwe, were abducted by Rwandan police. They have been missing for over a year. Zihabamwe told the Australian Broadcasting Corporation that he believes his brothers’ disappearance was retribution for his refusal to cooperate with the regime’s demands and for reporting subsequent threats to the police.
Rwanda has been known to use mobility controls. In February 2020, Rwanda requested that Uganda cancel the passport of Charlotte Mukankusi as a step toward diplomatic reconciliation between the two countries. Rwanda also confiscated the Australian passport of a Rwandan who returned to the country to see his family in 2019. He has been unable to leave Rwandan for more than a year, despite consular assistance from the Australian government.

Freedom House interviews with Rwandans living in sub-Saharan Africa, Europe, and North America shed light on a diaspora community living in intense fear of their home-country government—and in fear of each other. “They work through the embassy and through the diaspora community,” one Rwandan activist told us. “There is no unity anymore, we don’t trust each other anymore.” Lists of dissidents allegedly on Kagame’s “kill list” circulate among Rwandans on social media and messaging platforms. Some Rwandans report avoiding other Rwandans, or remaining very guarded with each other.
Their fear is well-founded: evidence supports the belief that the Rwandan government enlists civilians to target their acquaintances. In 2015, Major Robert Higiro testified before the US Congress that the Rwandan director of military intelligence, Colonel Dan Munyuza, requested that he kill General Kayumba Kyamwasa and Colonel Patrick Karegeya in South Africa, for a fee of $1 million.


“That’s the way it works in Rwanda,” he testified. “They look for people they think are vulnerable or weak. If you say no, they track you down and kill you; if you agree, they will eventually kill you too. You have no options.” Higiro played along for a time, while gathering evidence of the plot, before eventually fleeing to Belgium. However, Rwanda apparently managed to find another acquaintance to help carry out the mission; a friend of Karageya’s who ultimately persuaded him to rent the hotel room where he was killed.
Rwandans in Australia in an extensive report by ABC documents allegations that the Rwandan government furnishes spies, operatives, and loyalists with false documentation in order to gain asylum and implant themselves in Rwandan communities abroad.


In addition to mistrust at an individual level, Rwandans report suspicion of official bodies, including diaspora organizations. Similarly, the British Broadcasting Corporation has reported based on leaked video that Rwandans were forced to take a loyalty oath to the RPF in the Rwandan Embassy to the United Kingdom.
Many governments are aware of the problem and have taken some action to protect Rwandans. The Immigration and Refugee Board of Canada has specifically documented the persecution of RNC members, and British intelligence services have issued at least one warning for the Rwandan government to end its campaign against Rwandans in the United Kingdom.