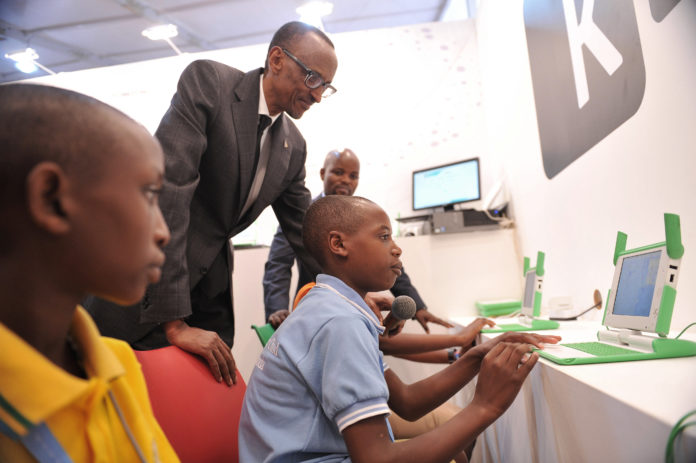 
Rwanda has emerged over the past decade as one of Africa’s more innovative economies, a new UNCTAD report says. But the small, landlocked, mountainous country must bolster the use of technology in sectors beyond information and communication to sustain its remarkable 7.8% annual growth.


UNCTAD’s Science, Technology and Innovation Policy Review of Rwanda, presented in Kigali recently, says the country’s focus on information and communications technologies (ICTs) has helped the sector grow more than tenfold since 2000.
Internet users throughout the country can now surf on a fibre-optic network. And mobile coverage has reached almost 100%, with three providers offering 4G LTE8 broadband services.
While this is an indisputable policy choice, the report says, “A broader consideration of the nature of the technological progress of Rwanda is needed.”


“Rwanda’s innovation efforts in promoting high-tech sectors, such as ICTs and life sciences, are commendable. However, their outcomes will only be sustainable if improvements are made to innovation performance in the more mundane but essential activities that form the economic backbone of industry and agriculture,” the report says.
Vision 2020, which lays out the government’s development strategy, has its eyes set on a restructured economy, where industry and services account for more than three-fourths of gross domestic product (GDP).

This is because Rwanda needs to create around 200,000 off-farm jobs every year to employ new job seekers from rural areas, where 80% of the population still lives.
Although Industrial output grew by an average 9% between 2006 and 2015, this has not been enough to restructure the economy, the report says, as agriculture loses less than 1% of its share of GDP each year.
“Rwanda’s development goal is to become a middle-income nation. The change in relative size of industry and its contribution to economic growth can be an indicator of the strength of economic transformation processes,” the report says.


read: Why Uganda is failing where Rwanda is shining

Currently, industry — manufacturing, construction, mining, water — accounts for about 15% of GDP (the share for services is 48%).
Moving forward, the report recommends that Kigali ensure industrial policy and innovation needs “become the cornerstone of a national system of innovation”.

read: Kagame: In next seven years, Rwandans must be able to choose my successor