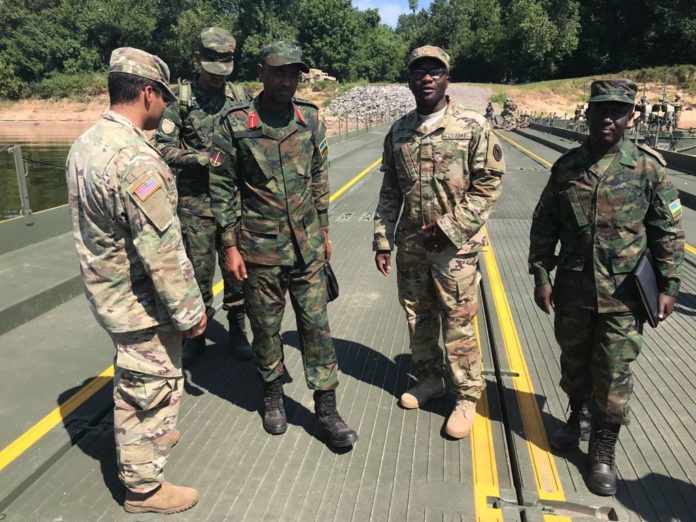 A team of Rwanda Defence Force (RDF) officers witnessed a combat engineering exercise conducted in Arkansas State in the USA. This was a two weeks joint exercise that culminated into an assault river crossing (bridging exercise) across a 300m wide river in Arkansas, USA. The RDF team is in USA on an invitation to witness the exercise under the framework of the existing military cooperation between the USA Army and the RDF and specifically under the African Peacekeeping Rapid Response Partnership (APPRP) program.


Such exercise and gained experience will help RDF in line with a capability building plan aimed at deploying an upgraded Combat Engineering capability in support of its UN Peace Support Operations. The RDF team was led by Col F Kalisa accompanied by Maj Chris Numbi from USA embassy in Kigali.