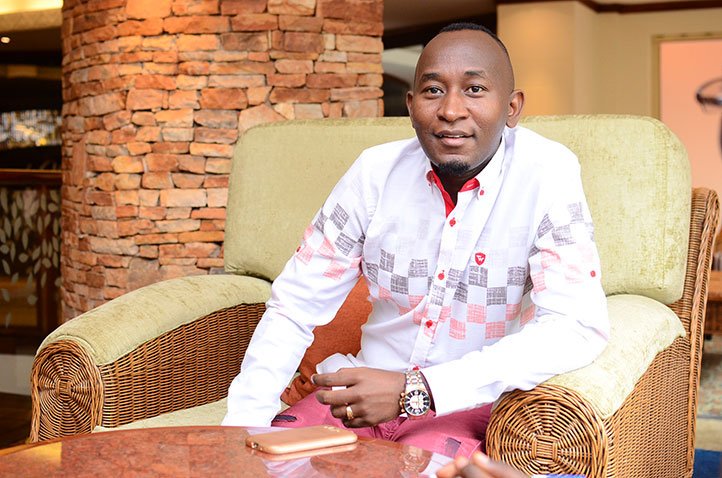 
‘Prophet’ Elvis Mbonye 41, has been described by some as a ‘refined English speaking witch-doctor’, a fraudster, a Manipulator and all sorts of things. Pastor Solomon Male, of Arising for Christ Ministries and the Publicity Secretary – National Committee on Cults and False Teaching Awareness, prefers to call Elvis Mbonye, a speculator who carefully studies the trends and predicts the next course of events.


But this has not stopped ‘Man of God ‘ from doing his work.
Earlier this week the Man of God- Prophet Elvis Mbonye yet again made prophecies for this year- 2018, local and international. Howver, we picked on local prophecies. He was speaking at his Zoe fellowship held at Kyadondo Rugby grounds, Lugogo on Tuesday.

Good and bad news for Uganda

Mbonye says, 2018 a good year for investments, he says, Uganda will an unusual interest from investors around the world. ‘‘We pray that the leadership has wisdom to receive this and make the necessary steps to take advantage’’
Two Parliaments, the 2nd Parliament secret meetings with plans to make compulsory for every citizen to be a cadre going through military training.


He also sees a former soldier who had fallen out with his boss going back to him in his bedroom and they hug and he is given a new T-shirt with the colors yellow and black and he is really happy with this new T-shirt
Also, a burning building, not a business building but an official building which causes a stir, many questions asked but we pray against it getting out of control.


1. There will be a refocus back on to oil and the value of oil will shoot
2. Slight air of controversy in June, July, and August about a health-related bill that will spark controversy for a short while.
3. Internal railway construction taking shape. Partnership with China.
4. Someone has fallen in the Uganda Judiciary and a time comes where that person has got to be brought back. Judiciary – a lot of controversy. A breaking away other than this.


5. Changes in the fishing industry – top people being thrown out
6. MTN Uganda is in the spotlight – a lot of heat and accusations.


7. Masindi land controversy involving international organization. Something that is not supposed to happen.
8. Libya – a very defiant leader shows up, kind of like Gaddafi but worse (and) has a link to what is almost taking place in Syria
9. Heated tensions coming Rwanda and the new leadership in France becoming so hostile with Rwanda. Ties cut, but they managed to sail through as a nation.