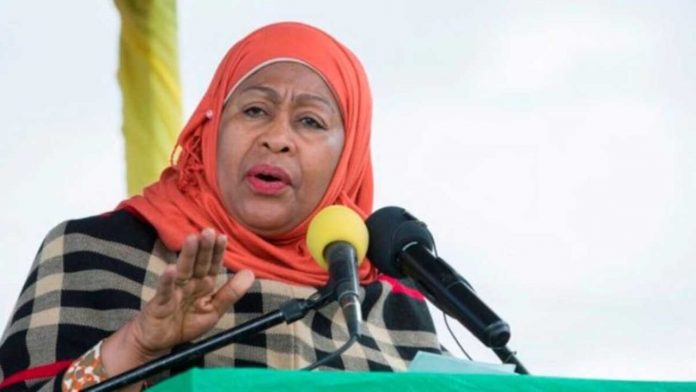 Although the increase in salaries for civil servants will have to wait until next year, Tanzania government announced a number of measures aimed at reducing life difficulties workers face.

For five years, workers in the public sector have seen no salary increment. On Saturday Tanzanian President Samia Suluhu Hassan left them with a big promise for next year, saying she was sorry pay rise would not be possible this time around due to various factors.


“I want to make it clear that I personally longed to see salaries of workers raised this year but due to circumstances, I won’t be able to fulfil your wishes,” she said.

She said the economy was not doing well due to Covid-19, which disrupted economic activities around the world and in the country. Economic growth slowed from an average of 6.9 percent in 2019 to 4.7 percent in 2020, she said.

She added that the steps planned to reduce the tax burden to Tanzanians and businesses will temporarily reduce tax revenue, hence making it difficult for the government to increase salaries this year.

However, the President said her government has come up with various measures aimed at improving the welfare of workers for the 2021/22 financial year. President Hassan touched the hearts of workers by announcing reduction of income tax (Pay-as You-Earn) from the existing 9 to 8 percent.


Using the current brackets of the Tanzania Revenue Authority (TRA), the reduction means an employee, whose taxable monthly income is Sh520,000, will be relieved from a Pay-as-You-Earn tax of Sh22,500 to Sh20,000.

But TRA is expected to prepare its calculations for the financial year starting July , 2021. Promotions, arrears, education loan repayment

President Hassan said the government will promote between 85,000 and 91,000 workers next year, a measure that would see it paying at least Sh449 billion.
“We also intend to pay arrears of salaries worth Sh60 billion, changes in staffing structures that will cost about Sh120 billion as well as recruit 40,000 new workers at a cost of Sh339 billion to reduce the burden on existing civil servants especially in the education and health sectors,” she said.


“I believe these efforts will reduce the cost of living for civil servants, but I can assure you my fellow workers that next year on a day like today, I will come up with a good package to raise salaries,” she promised.

Meanwhile, following long cries by various stakeholders including politicians, parents, teachers and higher education loan beneficiaries about the deduction of the six (6) percent value retention fee which was seen as a burden, President Hassan officially abolished the levy yesterday.

“We have decided to retain the 15 percent deduction from salaries and cancel the 6 percent that was levied,” explained the President. “I am ordering the loans board to waive the levy, but I would like to commend it for its excellent debt collection work,” she added.


“I am a worker like you, so I promise you that throughout my leadership I will work closely with you so that together we can address these challenges with the aim of reducing them if not eliminating them all,” said President Hassan.

Earlier, workers, through the Trade Union Congress of Tanzania (Tucta), made various requests that they wished the sixth phase government to implement, including increasing salaries.


In another move, President Hassan directed employers whose workers were terminated on education-level grounds to ensure that they pay them all their arrears and benefits. She insisted that trade unions should be formed and allowed to operate effectively.