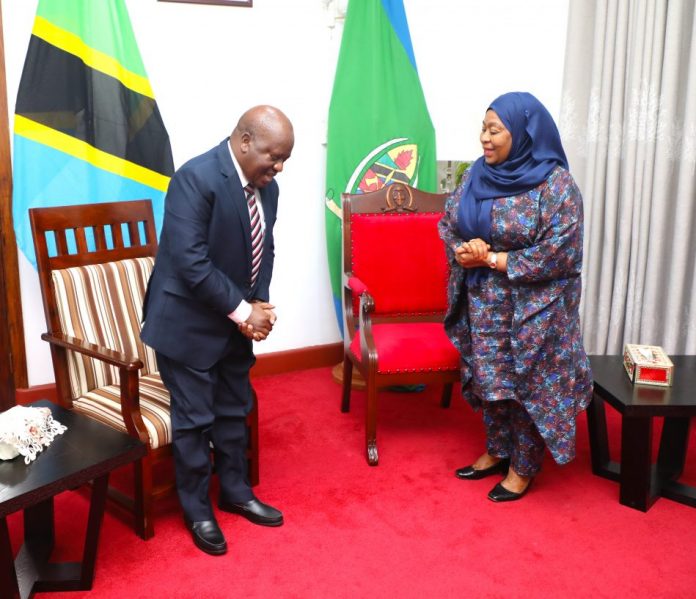 Tanzania’s parliament speaker resigned on Thursday, suggesting a power struggle within the ruling Chama Cha Mapinduzi (CCM) party, which has ruled the East African country since its independence from Britain in 1961.
Job Yustino Ndugai stated in a brief statement that he resigned from his position and wrote a letter to the CCM secretary general.


“This is a personal decision. I have taken this decision considering wider interests of the nation, the government and my CCM party,” he said.
Ndugai thanked his fellow legislators, the president, the government, and his voters for their support.
Following his remarks regarding the rising national debt, there has been increasing pressure on the speaker to quit.
Ndugai’s resignation came just days after President Samia Suluhu Hassan, who also serves as the CCM chairperson, launched a public scathing attack on Ndugai for his remarks that “the country risks being auctioned” due to the country’s rising national debt.
Ndugai, on the other hand, reversed his unusual remarks and apologized publicly to the president, claiming that the incident was blown out of proportion.


on Monday, mr. Job Ndugai apologized to President Samia Suluhu Hassan and to Tanzanians after nearly a week of reports in the media pointing him accusing the government for widening the national debt through loans.
Ndugai through a leaked video had claimed that Tanzania risks being auctioned due to its rising national debt. Through the video that went viral, Ndugai had criticized the state’s borrowing trend categorically saying the public debt now stands at 70trn/-.

In his address, the Kongwa MP (CCM) said the video was uttered and it’s not a true representation of his speech.
“Personally, where it was felt in one way or another I gave disappointing words to our president and she was disappointed, I use this opportunity through you to apologize profusely to the president and to all Tanzanians for such a situation,” he said.


“It cannot happen, it will not happen and it is not easy for such a Sources within the CCM said the speaker’s bizarre remarks foreshadowed a wide schism inside the ruling party’s ranks ahead of the 2025 general elections.
Hassan, Tanzania’s first woman president who took office in March after the sudden death of her predecessor, John Magufuli, is expected to run in the coming election.