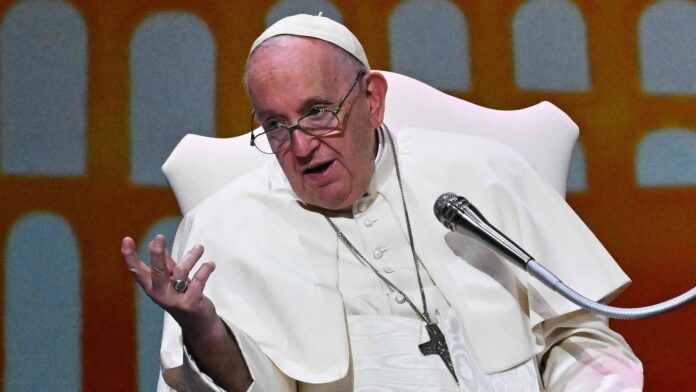 Pope Francis on Saturday called for the world to abandon fossil fuels while speaking in the town of Assisi in central Italy.
What did Pope Francis say?
“Now is the time for new courage in abandoning fossil fuels to accelerate the development of zero- or positive-impact sources of energy,” Francis said.
“There are many people, businesses and institutions that are making an ecological conversion. We need to go forward on this road and do more,” he said.

“Our generation has left you with a rich heritage, but we have not known how to protect the planet and are not securing peace,” he said, addressing young people.
“We are grateful to God that you are here. Not only will you be here tomorrow, but you are here today.”
Pope Francis called for a just, sustainable and inclusive world economy, which he said was “not a utopia,” and which needed to go beyond “cosmetic changes.” He called this an “economy of the Gospel.”
As well as his better-known association with the poor, Saint Francis later became associated with patronage of animals and the natural environment.

Pope Francis was speaking to a gathering of around 1,000 young people organized by the Economy of Francesco initiative. Among the people attending the gathering were young economists and people involved in start-ups geared towards helping the environment.
DW