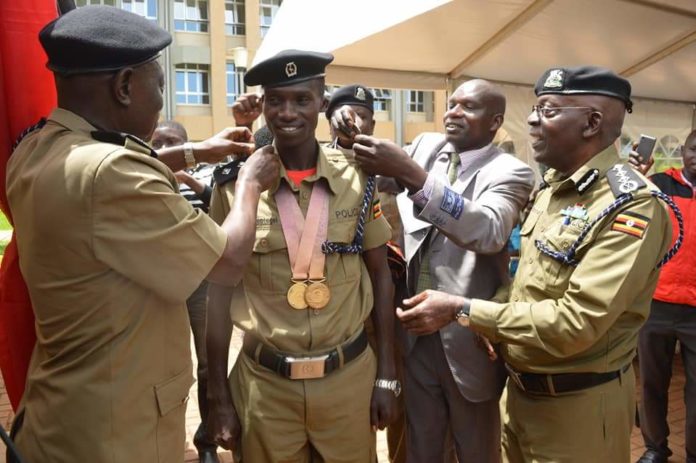 The Inspector General of Police (IGP) Martins Okoth-Ochola on Friday promoted Commonwealth gold medalists, Joshua Cheptegei and Stella Chelangat from the rank of Special Police Constables to Inspector of Police.


The duo, who have been at the rank of Special Police Constable, have also been awarded Ugx. 10m each following their outstanding performance at the just concluded games in Australia.
Their colleague, Mercyline Chelangat who scooped a bronze medal at the Gold Coast, Australia event, was promoted to the rank of Assistant Inspector of Police.

The ceremony held at police headquarters in Naguru was presided over by the IGP Martins Ochola. Deputy police spokesperson Patrick Onyango, said the officers were promoted to appreciate their effort towards raising the Uganda flag.