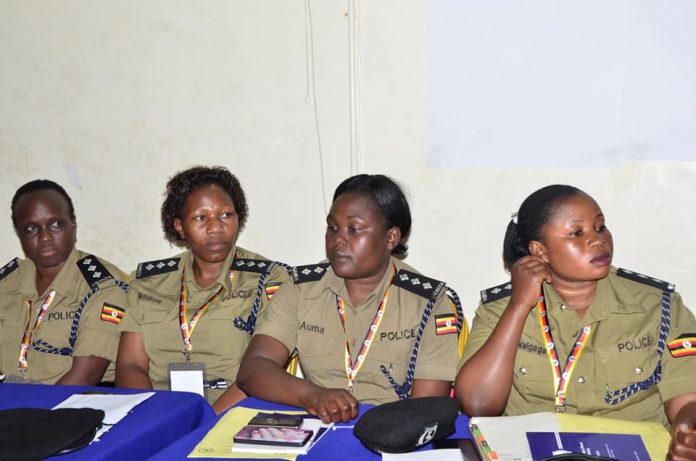 In a continued effort by the police leadership to implement the gender policy, 30 police officers recently concluded a three-week transformation leadership course at the Police Senior Command and Staff College, Bwebbaja.


The course is aimed at preparing more women officers to take up command and leadership positions in the force.
The officers passed out Friday are 30, 27 women and three men .
The Deputy Inspector General of Police, Major General Sabiiti Muzeyi presided over the closing ceremony.
He encouraged officers to work hard towards their targets.

“As a leader, whether male or female, there are lessons you need which are similar to the principals of marksmanship, One of them is to prepare (identify your target), focus (aim ), implement (shoot) , evaluate (follow through) ,” said the DIGP.


Build teams and skill them, he said “There is no leadership that does not meet obstacles but when you meet an obstacle behave like water, examine your internal weaknesses and fight them, assess your y strength and keep your eyes on your target.”
He tasked participants to put to good use what they learnt by practicing, mobilizing and do not pull down your colleagues.