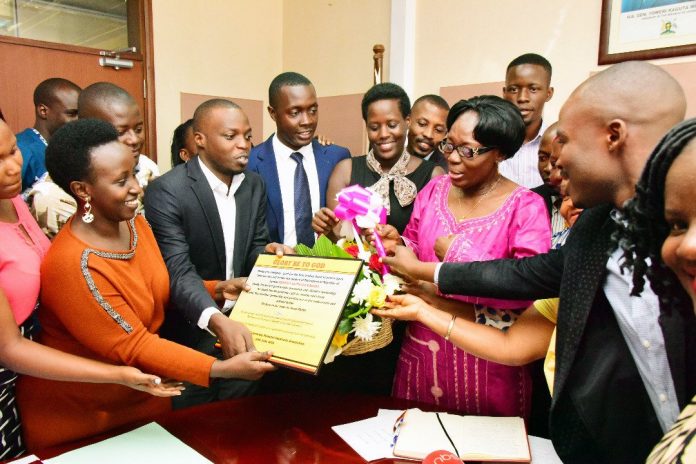 Personal Assistants to Members of Parliament on Monday sought Speaker of Parliament Rebecca Kadaga’s support to be included into Parliamentary Commission, where they would be paid by the Commission rather than Members as it is the case.


Under their Association, Uganda Parliamentarians Personal and Research Assistants Association, which has over 150 members, they petitioned the Speaker saying they should be incorporated in the parliamentary system so as to add value in the work of the MPs so as to avoid conflicts related to salaries and their rights.


The members told the speaker that their monthly earnings currently range between Ugx. 30, 0000-350,000, ‘’ this is inadequate to enable them carry out their duties.’’
Led by Festo Kajura, the interim chair of the Association, the Personal Assistants, say there is limited consideration of the assistants as being part of the parliamentary family, no job security, unpredictable lunch and transport allowances and remuneration forcing several of them to suffer in Parliament

read: MPs increase their salaries from 11m to 24m