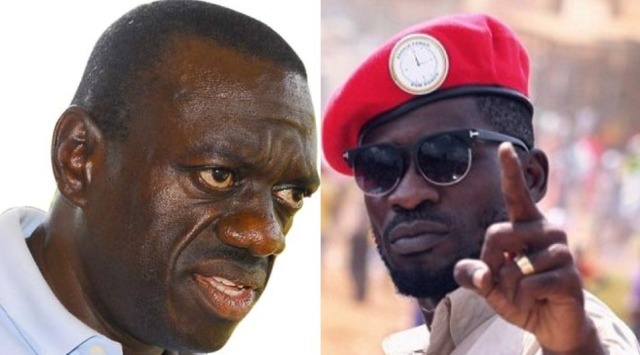 Unfortunately, there’s still some confusion on how POWER will shift from the “Presidential Monarch” to the people. It’s important that we achieve widespread clarity on the approaches to getting the desired change.
There seems to be widespread concurrence that PEOPLE have NO POWER and that we must regain OUR POWER. What some people don’t seem to delve into is the content of the power we don’t have and seek.


The POWER we’re looking for mainly includes: control over Uganda’s wealth, decision-making (choosing leaders, policies, laws & regulation), implementation of decisions, and adjudication.
If the above holds, then it follows that people have no POWER to DECIDE who leads them or how they’re led. In other words, people have NO VOTE! It means that power cannot change merely because people have “voted”.
The fairly fresh experience of the 2016 presidential elections and the 2017 (Age-Limit) Constitutional Amendments serves to demonstrate the point. It’s not surprising, therefore, that elections in Uganda have never caused transfer of power from one holder to another.

Why do Military Rulers organise elections:

Military rulers use elections to consolidate their power (especially through gaining international acceptability) and to weaken the “Opposition”. They generally pre-determine the outcome and create a process that leads to it.
Apart from the 4 main tools these rulers use generally to maintain hold on power, they also employ familiar tools during elections, viz:
1) Manipulating register of voters
2) Vote buying
3) Excluding or compromising rivals
4) Violence- to intimidate rivals and their supporters
5) Voter suppression- discouraging voters in opposition strongholds.
6) Hacking the election- change data, ballot-stuffing, media manipulation, and changing results.
All these are facilitated by the control of all State institutions- especially, security, financial and judicial. Sometimes, “Election Observers” and some members of the International Community play a role of legitimising the rigged elections for various motivations.


Organising elections, however rigged, bestows necessary legitimacy to the regime to seek and get international financial support; especially, long-term loans from multilateral agencies or sovereign bonds.
On the other hand, elections in the restricted environment, offer a great opportunity for the ruling Junta to divide opposition formations and to foment conflict amongst them. They are an effective tool of weakening the “Opposition”.
What should people seeking to regain their POWER do in between and during elections?
The first critical realisation must be that Junta elections, per se (in and of themselves), won’t liberate the power back to the people.
Power must be wrestled from those who forcefully captured it, through a struggle.
Three main factors are necessary for people to struggle and regain their power:
1) Raising popular consciousness- people becoming aware of their powerlessness and the attendant consequences; gaining confidence to assert their rights; and overcoming the paralysing effect of fear. This process generates POLITICAL (freedom) ACTIVISTS.


2) Developing leadership networks and structures of political activists. This affords people the capacity to act in concert sustainably. It’s noteworthy that activist networks are better when they are not built on a partisan basis.
3) Planning and conducting NON-VIOLENT actions that disempower and subdue the coercive forces of the Junta and assert the will and mandate of the people.
A critical level of AWARENESS and ORGANISATION must be achieved before undertaking actions that can successfully wrestle power from the Junta. Working on these factors must, therefore, be a continuous exercise.
During elections, there is greater international media and diplomatic attention to the country, which helps cause some restraint on the repressive machinery of the Junta.
It’s important, therefore, that all candidates for any election are knowledgeable about the struggle and activists. Kasese, and increasingly, Rukungiri District offer a good example of how to win elections through struggle.


Liberation and election objectives are different:
The purpose of a liberation struggle is for people to regain POWER and control of the State. An election, on the other hand, is meant for people to choose leaders (and the policies they present) and give them power to serve them. Competition for power, therefore, envisages a situation where people have the power and can chose whom to entrust it with.
That’s why it’s important to aim at building a united front for struggle and a Government of National Unity to manage a transition process to a democratic order.


2019, THE YEAR OF ACTION:
Following the latest coup d’etat (overthrow of people’s will) by the NRM/Museveni Junta in 2016, we set up the People’s Government (Government of disenfranchised), to, among others, assert the People’s will.

read:Besigye not fit to be president of Uganda – Prof. Kanyeihamba

For the last two and a half years, we’ve been preparing activists and their leaderships to undertaken actions that empower our citizens and disempower the Junta until it surrenders power to the people.
That’s why at the end of 2018, we declared that 2019 will be a YEAR OF ACTION! We cannot be distracted by campaigns of those seeking offices through the next “elections”.