Home Lifestyle OUR MPS ARE INNOCENT 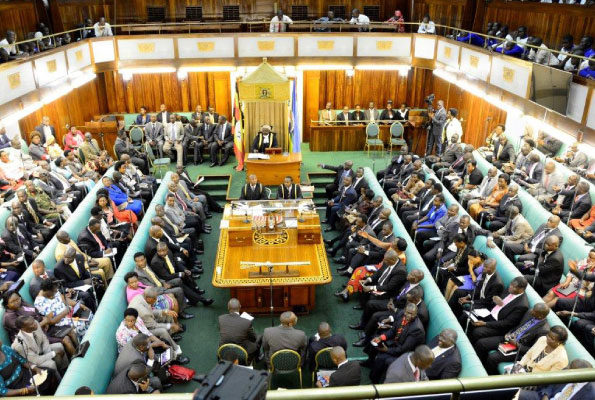 They give up their jobs to join politics. They stake their houses to borrow millions that they give you to buy your votes because usually the one who spends more tends to win the elections.

They brave the harsh terrain trekking the communities, jumping streams and climbing hills in search of votes. They tolerate insults and bear dehumanizing experiences, as their opponents create insinuations about their past lives, and have their dirty linen washed in public as their enemies struggle to pull them down through lies and insults.

Their families eat food without sauces while they risk venturing in a very uncertain anxiety packed process of canvassing votes. And finally their good lord, their god, curses their opponents and they win.

They deserve everything they demand for. Instead of building a referral hospital of Ugx. 200bn in Mbale and stocking it with materials worth Ugx. 1.5bn, I support that that a new state-of-the-art parliamentary building be constructed and the MPs be given and MPs be given a few million shillings to organize their victory parties.

Like Napoleon’s pigs, our MPs spend sleepless nights thinking for us their helpless (read senseless) electorate who sacrificed our neighborly fraternity and family stability to fight for their success.

They should be’ forgiven’ taxes on allowances. Actually, they shouldn’t pay any direct tax at all.

They are honourable Members of Parliament and they need to enjoy their hard-earned honour that is well deserved.

If the president refuses to yield to their demands, they should wait when he needs to pass a pro-NRM bill and they force him to ‘listen’ to them first. If he refuses still, they can invoke the law that they made that allows them to increase their pay every week.

They need airtime, fuel, meals, housing, constituency budget, and burial allowance. Since their bank accounts are going to swell, I propose, each MP is given two security guards, one of them doubling as his personal driver and the other as his personal messenger to the campus chic he wants to confuse.

Yes, he deserves it. There is a section of Ugandans who think politicians are liars. How far true is this?

He deserves it. Even psychologists say that it’s easier to tell the truth than tell a lie. That means the work of an MP is a tall order.

Some who are not professionally tried as liars (read lawyers), will need to undergo the embarrassing yet uncertain course at law school to ‘uprade’ into more competent liars that politicians must be.