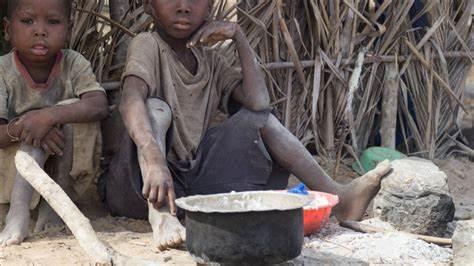 The number of Kenyans grappling with severe food insecurity stands at 4.35 million, as depressed October-December short rains dash hopes of a bumper harvest in many parts of the country, the National Drought Management Authority (NDMA) said in its latest update released on Monday.

According to the NDMA, 942,000 children aged six to 59 months alongside 134,000 lactating mothers in more than 20 drought-affected arid and semi-arid counties are acutely malnourished and in need of urgent humanitarian assistance.


Kenya is experiencing the most severe food insecurity in the past four decades linked to four consecutive failed rainy seasons coupled with the adverse impacts of the COVID-19 pandemic, and the high cost of fuel and farm inputs like fertilizer.

Kenyan President William Ruto last week said that even the traditional breadbaskets located in central, western, and Rift Valley regions had been affected by food scarcity, citing sparse rainfall and high cost of fertilizer.
He reiterated the government’s commitment to invest in resilience projects like irrigated farming, adoption of improved crop varieties, and climate-smart pastoralism to help alleviate hunger and malnutrition in the country.