Home Politics Nobel laureate Wole Soyinka on why he is backing Bobi Wine ‘am... 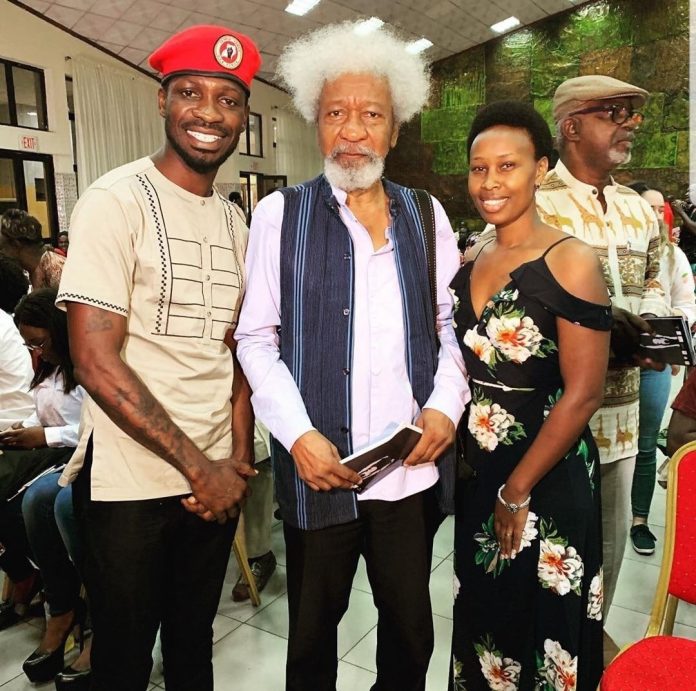 Author, playwright, and poet Wole Soyinka has long been forthright about African democracy, especially in his home country Nigeria. He has spoken up against military juntas and civilian autocrats
While Soyinka is often critical of Africa’s leaders, it’s in support of strengthening democracy itself. The 86-year-old——says that mission is why he’s throwing his voice behind Robert Kyagulanyi, a.k.a Bobi Wine, whose opposition challenge against the 34-year rule of president Museveni, 76, will yield one of the most closely watched elections on the continent. Ugandans go to the polls on January 14, 2021


“Bobi Wine, for me right now, represents the face of democracy for Uganda,” says Soyinka, speaking from Lagos.
Perhaps the surest sign Bobi Wine may be a credible threat to Museveni’s rule is how brutally the administration has dealt with the 38-year-old politician and his supporters. In November, more than 50 people were killed after opposition supporters protested the arrest his arrest and another opposition leader.
Soyinka says he has been watching Bobi Wine, whom he met in Nigeria in October 2019, for a while now. “Even before [we met], I’d taken an interest in his movement, his candidature, and his passion. And I share it; I share every bit of it,” he says.

Despite being an octogenarian himself, the professor says he’s “fed up” with Africa’s leadership of “sick old men.”
Museveni, who is Africa’s third longest ruling leader, has claimed victory in five elections since 1996. It’s estimated that some 80% of Uganda’s population of 43 million was born after he first came to power in 1986.
Soyinka’s history with Uganda dates back to the 1970s, when he joined protests against the tyrannical rule of then president Idi Amin. Indeed, Museveni first came to prominence also by opposing Amin’s rule, but as a young, military rebel leader.


“We just have to ask Museveni to stop terrorizing Ugandan people, to stop behaving even worse than Idi Amin against who we all rose,” says Soyinka.
“I met Museveni during the fight against Sani Abacha [former Nigerian military dictator]. At the time we met it was still possible to consider him a democratic leader. Today he’s joined the gang—the enemies of society.”

ever champions the principle of democracy, I back the individual,” he says. “Whoever opposes it, especially in a brutal way that doesn’t even think of the future, that degrades the humanity on behalf of whom such a political principle is being expressed…that person for me is an enemy of humanity, not just of society.”
Quartz Africa