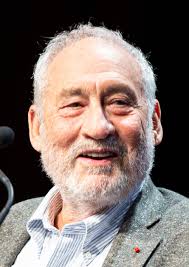 Nobel laureate Joseph E. Stiglitz has called for a comprehensive global plan to help countries cope with mounting debt that has been compounded by the Covid-19 pandemic.
Stiglitz, a recipient of the Nobel Memorial Prize in Economic Sciences in 2001, was speaking on Friday at the virtual launch of the African Development Bank’s 2021 African Economic Outlook report during a conversation with Bank President Dr. Akinwumi A. Adesina.
Adesina began the exchange by pointing out that Africa’s debt had climbed to around 70 percent of gross domestic product (GDP). He then sought Stiglitz’s views on the prevailing global debt architecture.


“That’s a question I’ve been very concerned with for a long time … You need debt restructuring, and that needs to be really high on the international agenda,” said Stiglitz, an American economist and a professor at Columbia University.
“Every country has bankruptcy laws but there’s no bankruptcy law for international debt,” Stiglitz added. “Remember when there’s too much debt, it’s as much the creditor’s problem as the debtor’s problem.”
Adesina and Stiglitz went on to discuss recent debt relief efforts, including a debt standstill that the G20 group of wealthy nations presented to the world’s poorest countries in April 2020. Stiglitz said the standstill took place when it seemed the pandemic might only last a few months. “Now that it’s lasted a year, a standstill is not enough.”
“What needs to be done with debt is comprehensive and quick restructuring. We don’t want to fall into the trap of doing too little, too late,” Stiglitz said.

This year’s African Economic Outlook highlights how the economic fallout of the Covid-19 pandemic has contributed to rising debt levels among African countries, and proposes remedies. Stiglitz said his proposal, an international debt framework, had to include the private sector, given its growing role as a source of government debt.
According to the African Economic Outlook, the share of commercial creditors in Africa’s external debt stock has more than doubled in the last two decades, from 17 percent in 2000 to 40 percent by the end of 2019.
Some hope has come in the form of new special drawing rights, potentially $500 billion, which the G20 pledged earlier in March to the International Monetary Fund to support poor countries. Adesina said the funds would “go a long way” to stabilizing foreign reserves and the exchange rate, allowing countries to go back to the market.
Adesina said another solution could be to establish an African financial stabilization mechanism where African countries can pool their funds, which would allow countries to have “endogenous” fiscal and monetary policies to ensure that you deal with “the cause of the illness…and not always the symptoms.”


Both speakers strongly favored beefing up what Adesina called Africa’s “healthcare defence.”
“Investing in quality healthcare infrastructure is so important. We are going to be investing in this… and the private sector has to play a big role,” Adesina said.
Adesina called for “vaccine justice”, pointing out that so far, only one percent of the continent’s population had received delivery of vaccines – a key part of the continent’s health and economic response, as the African Economic Outlook report also points out.


The African Economic Outlook is the African Development Bank’s flagship annual publication. It provides economic data as well as analysis and recommendations for the continent’s economies. Each edition focuses on a contemporary theme.
The 2021 edition of the African Economic Outlook estimates that Africa’s GDP contracted 2.1 percent in 2020, the continent’s first recession in half a century. GDP is projected to grow by 3.4 percent in 2021.
Regarding debt, the report estimates that African governments need additional gross financing of about $154 billion in 2020/21 to respond to the Covid-19 crisis.