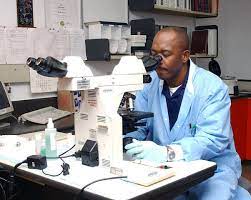 “Africa must not allow itself to be left behind” as it has during past industrial revolutions, Ethiopian President Sahle-Work Zewde told heads of state and international leaders on the sidelines of the 76th United Nations General Assembly.

Zewde was speaking during a virtual Third Industrial Decade for Africa webinar to discuss ways to strengthen Africa’s healthcare systems and the pharmaceutical industry in order to cope with the Covid-19 pandemic.
In a panel discussion among African heads of state to share lessons learned from the pandemic, Zewde cited import substitution as a path to increased self-reliance. She said the Ethiopian government had earmarked $15 billion to develop industrial parks for vaccine manufacturers, which would qualify for additional incentives.

The United Nations Industrial Development Organization (UNIDO) organized the event with the African Union Commission (AUC), the United Nations Economic Commission for Africa (UNECA), the African Development Bank, the AfroChampions Initiative and others.
“The experience of 2020 has highlighted Africa’s vulnerability to supply shocks and underlined the need for greater self-sufficiency in production of vaccinations, essential medicines, diagnostics and other health products,” said Li Yong, UNIDO’s Director General.
“Working with global and African stakeholders, the African Development Bank has articulated a 2030 vision and plan to develop Africa’s pharmaceutical industry and maximize its potential,” said African Development Bank Director Abdu Mukhtar, speaking on behalf of Bank President Akinwumi A. Adesina.


To advance the plan, the Bank had identified “potential nerve centers,” that would anchor hubs in each region of Africa, based on a strong regulatory environment, quality of logistics and transport infrastructure and the dynamism of the private sector. The undertaking would require $11 billion in investment from multiple stakeholders over the next decade, excluding in infrastructure, Mukhtar said.
Representatives of the private sector, international organizations and development finance institutions discussed specific challenges to developing domestic manufacturing capacity, including fragmentation, technology transfer and human capital.


Participants noted the importance of scale given Africa’s fragmented markets, and both the supply and demand of medicines. “Producing countries need to have commitments from neighbouring countries to procure medicines, said Martin Friede,” WHO Coordinator for vaccine research.


“The African Continental Free Trade Area opens new opportunities and creates a $250 billion pharmaceuticals market, with the potential for further growth,” said Amina Mohamed, Deputy Secretary-General of the United Nations.
Stephen Saad, CEO of Aspen Pharmacare, said: “The opportunity to license the intellectual property from Johnson & Johnson would be a game changer.” He also stressed the vital need for greater investment in human capital.