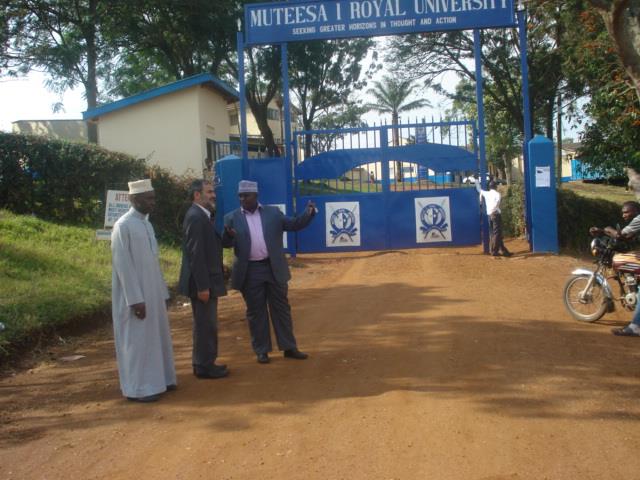 
Buganda Kingdom owned university, Muteesa 1 Royal University has yet again been closed until further notice after lecturers vowed not to end strike until certain conditions are met.
In a one page letter dated 24th October 2017, the University Vice Chancellor, Prof Arthur Sserwanga says he has closed the university on advice of the university council.


“Following the staff’s decision to lay down their tools, I have been directed by the university council to close the university effective from today the 24th of October 2017 till further notice,” the letter reads
The lecturers are demanding salary arrears of four months. They also accuse the university administration of mistreating staff in several other ways such as improper termination, poor sanitation at the university, lack of teaching materials and disrespect.
The teaching staff have also vowed not to return to work until Prof Arthur Sserwanga whom they accuse of orchestrating the problems at the institution, resigns.
Muteesa 1 Royal University was seen as another opportunity to revive the kingdom’s glory by offering the kingdom subjects relevant education at affordable fees. Nine years later, it is increasingly becoming evident the university will never realize this vision.


Founded in 2007, Muteesa 1 Royal University (MRU) has had four Vice-Chancellors (Prof Isaac Kigongo Bukenya, Prof. Yusuf Nsereko Munakukaama, Prof. Elisha Semakula) in nine years, a clear sign of a tough working environment.
The University has been rocked by several students’ strikes that at one time, the students locked the Vice-Chancellor in the toilet. The university’s problems are said to be partly result of the infightings at Mengo.

Last year, the VC revealed that the University was highly in debt, with nothing that equates it to the 21st century University. The University buildings are dilapidated, owes millions of shillings to the Uganda Revenue Authority and National Social Security Fund. According to a recent report by the National Council of Education, the quality of education offered at MRU is said to be wanting.