Home Lifestyle Museveni to Salvado: from your looks, you must be a grandson of... 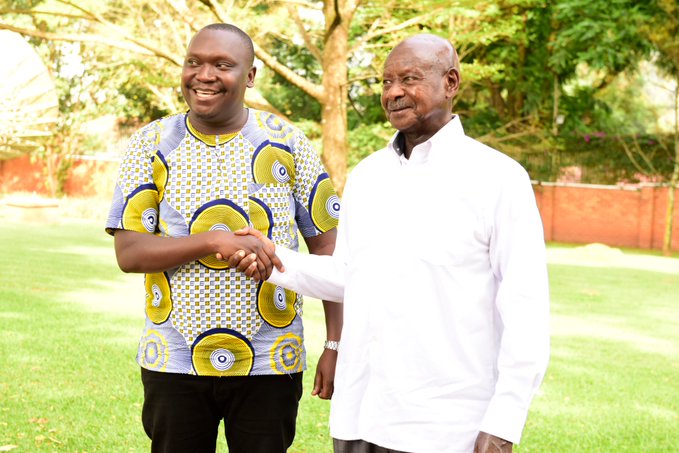 ‘’ I met with one of Uganda’s finest talents in the stand-up comedy industry, . He tells me the Bazukulu call him Salvado of Ombokolo. But from his looks, he must be the grandson of Idi Amin’’ Mr. Museveni tweeted.
Idi Amin (RIP) ruled Uganda with an iron hand from 1971 to 1979.


Salvado and the head of State shared quite a lot regarding the industry and development issues.
On his part, Salvado said he was “honored and humbled” after meeting the president.

“The man is wise regardless of what you say, I think I’m learned enough to know that, I’m just glad he shared some of his wisdom with a mere me.. son of Ombokolo. People are not in power by Luck, this man shared facts and statistics that I’ve always seen but ignored. Well let me say I’m woke”