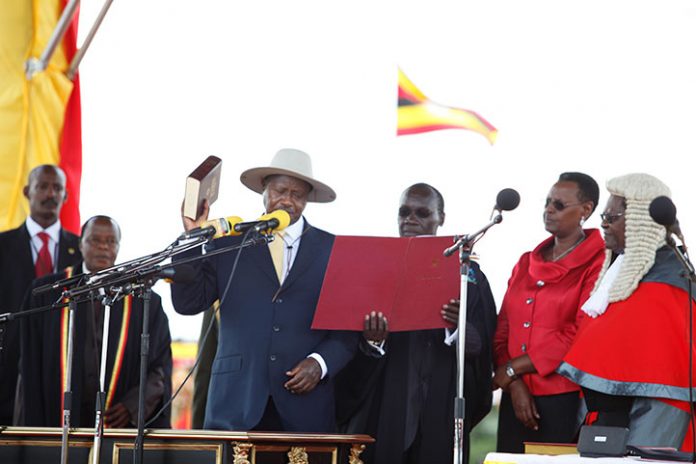 The UK government has asked nationals In Uganda to take extra precautions before and after Presidential inauguration next week.
The 2021 presidential inauguration is scheduled for Wednesday, May 12, 2021 at the Kololo Independence Grounds.
The ceremony marks the climax of the Presidential Election.
The UK government notice observes that, the that there is ‘‘the likelihood of traffic disruption, heightened tensions and disruption to internet and social media services


Early this week, the US government also issued security warning to nationals In Uganda
‘‘U.S. citizens in Uganda should heighten awareness and caution during this period. The Ugandan presidential inauguration is a political activity that may attract large numbers of participants. ‘’the statement reads In part

The Security Alert dated May 6, 2021, says ‘’this type of gathering may increase the risk of violence, crime, significant traffic disruptions, and COVID-19 transmission. Clashes at this type of gathering and outbreaks of violence have occurred before, during, and after past presidential swearing-in ceremonies and similar political events in Uganda’’


Mr Museveni, who has been President for 35 years now, was declared winner of the 2021 presidential elections with 58 per cent of a poll that was marked with contestation and a violent electoral season that claimed over 50 lives, leaving hundreds arbitrarily behind bars.

Last week, Police spokesperson Fred Enanga told journalists that the Joint Task Force has been mandated to ensure the pre-swearing, swearing-in and post events, and take place in a very safe and secure manner.

‘ ‘ We are therefore, confident of holding a successful event since it was planned for in the security master plan for policing the 2021 general elections, with contingencies and counter- response plans, against any threats and vulnerabilities.’’


He added: At this stage, we want to inform the public that there are no specific threats directed towards the swearing in ceremony, although, we anticipate disruptive activities, such as the use of petrol bombs, acts of sabotage, blocking roads, burning tyres and other disruptive activities.
‘ ‘However, our Joint Intelligence Components have picked this piece of information, and continue to gather information surrounding the would be perpetrators. We also are monitoring some of the disgruntled supporters who continue with their usual rhetoric of threats to violence. But we have since established that most of their threats do not pose any serious risk of violence.’’


Mr. Enanga however says Joint Operation Command Centres across the country, are fully alert, with the relevant intel, operative and investigative components; operating 24/7.


Twelve countries, Ms Nabusayi says are represented at the level of Vice President, Prime Ministers and Ministers of Foreign affairs.