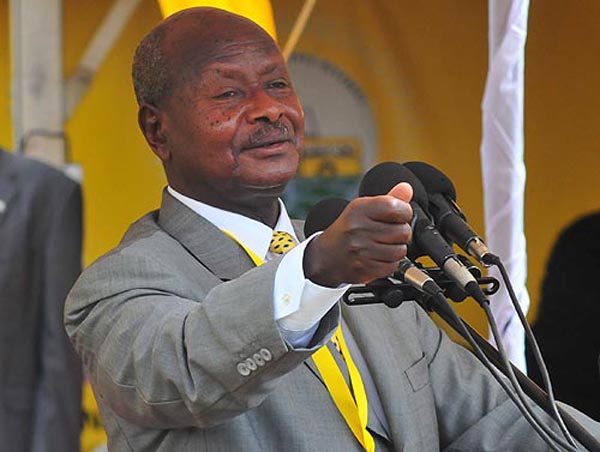 President Museveni has said that government has in the past focused so much [ as far as security is concerned] on rural areas, adding that it’s time to shift focus on urban area’s
The president made the remarks on Wednesday while speaking at Vision FM radio station in Mbarara Municipality where he addressed the nation on land matters and other national issues.


On the issue of the women murders in Entebbe and Nansana, the President said government was going to put up cameras in urban areas to check on the crime rate.
Life ripped out of innocent women has become a normal occurrence in Entebbe and Wakiso. So far 20 women have been killed in on-going cold-blooded murders.
Local media have reported that many of the women were sexually assaulted before being killed. Many were strangled.
Mr. Museveni said that in the past government had focused much on the rural areas such as the north and the west, which had, rebels killing people but now the focus will be shifted to urban areas as the country is now peaceful and all the rebels have been defeated.

The President called upon radio stations to contribute to the development of the country by providing Ugandans with the right information.
The President said that instead of informing Ugandans about government projects and how the country stands to benefit from the projects, the media and the opposition politicians are spreading falsehoods about the proposed amendment to the land law.
“I have come to tell you that government is not trying to steal people’s land. We want to change the law for public interest. We need to construct roads, the railway and electricity. It is for everyone’s benefit,” he said.

The President said that it was the National Resistance Movement (NRM) government that legislated to give Ugandans land ownership in the 1995 constitution and therefore the same government cannot be the one to take away from Ugandans the right to own land as the media and the opposition politicians are telling Ugandans.
Mr. Museveni explained that the proposed amendment to the land law does not aim at grabbing land from Ugandans but is rather meant to ease government acquisition of land for infrastructure development such as the railway, roads and electricity.


The President also faulted government bureaucrats who have access to government contracts and know where the projects will be constructed and thus go to those areas to acquire land so that they can benefit from the compensation.
He said it was a shame that the opposition politicians that are against the construction of factories are at the same time the ones complaining that the youth are unemployed. “In Amuru, there are leaders fighting the sugar factories and at the same time they are the people saying they do not have jobs,” he said. 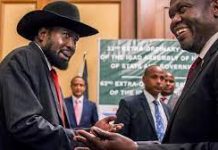