Home Politics Museveni: NRM govt. is committed to helping Ugandans out of poverty 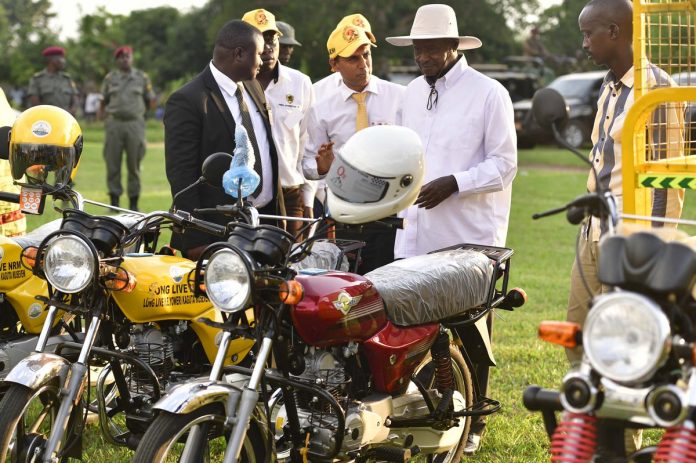 
The head of state also praised residents of Tirinyi who gave him the highest number of votes across Bukedi sub-region in the 2016 elections.
‘‘The NRM government is committed to helping Ugandans, especially those in the rural areas, to improve their living conditions through sensitization, education and empowerment. It explains why I am traversing the country at the moment, to explain how to create wealth.’’ He said.

Mr. Museveni also called on residents to abandon traditional lifestyles and adopt modernity.
‘‘We should move from subsistence to commercial agriculture. But for Bugwere specifically, I discourage the cultivation of rice in wetlands, which is rampant here. It affects our rain cycle. Instead, I would advise that you set up fish ponds on the fringes of the swamps, which is a more profitable venture’’