Home Business Museveni: I do not have a single investment, bank account outside Uganda 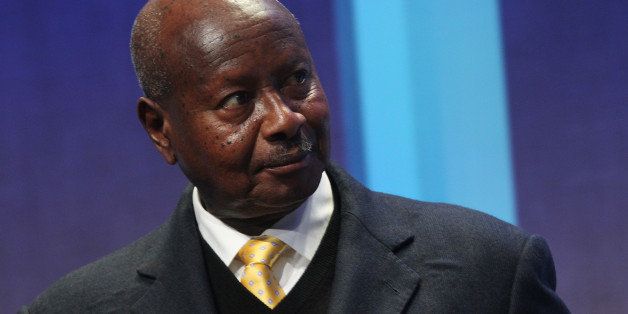 
‘‘Possibly, for some sentimental reasons, I could consider investing in Tanzania, Kenya, Rwanda etc. – African countries. However, for non- African Countries: “No”, “Never”.’ The president revealed on Sunday.
The president says the only time he opened a bank account outside Uganda, was in a Bank in Gothenburg, Sweden, where he deposited the $ 120,000 that was donated to the NRM by the Late Max Rohrer of Roko. Elizabeth Bagaya also brought $ 100,000 from Abiola.’ ‘ I do not remember whether I deposited it there also. This was in 1985.’’ He explained.
The president was responding to US sanctions against Gen. Kale Kayihura

The US government recently announced travel and economic sanctions on General Kale Kayihura, for alleged role in gross violations of human rights and corruption. The sanctions mean that all property and interests in property of Kayihura and of any entities that are owned directly or indirectly, 50% or more by him alone or with other designated persons that are in the USA or in possession or control of US persons are blocked and must be reported to OFAC.
The president says travel ban on Kayihura is simple issue, after all Uganda is very beautiful country.


‘’Why do think that going to the USA or, indeed, any non-African country is so important that if you are not allowed there, it will amount to a painful punishment?’’ he said.
He added: I know of no Country that is more beautiful than Uganda on Earth Planet. It is actually a sacrifice for me to visit any non-African country on account of bad weather, strange foods etc.
The head of state says he visits foreign countries as my duty prescribes to create friendships for Uganda, especially for business, security co-operation etc.


Kayihura was in charge of an annual budget of Shs 600 billion and some of it went unaccounted for – spent on the recruitment of political oppression agents such as crime preventers, Kiboko squad, and Boda Boda 2010.