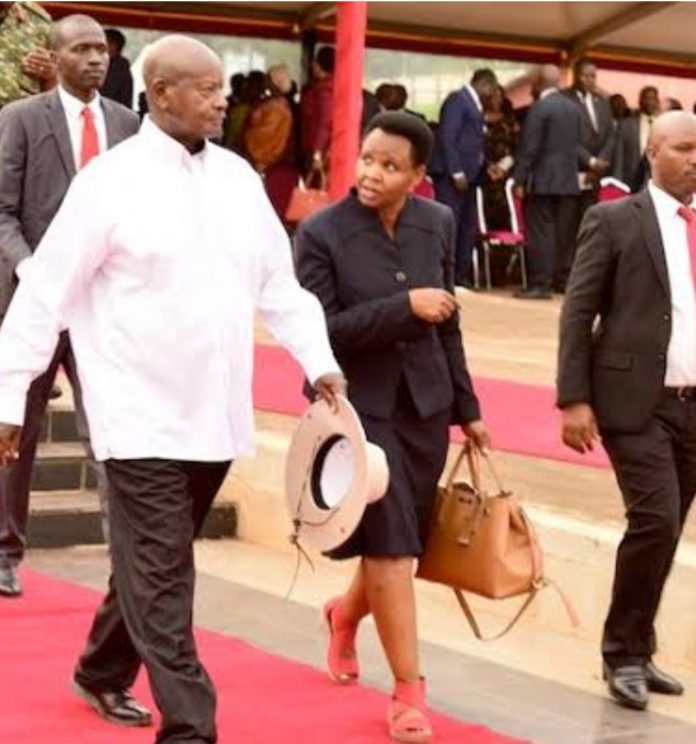 ‘‘Uganda has relevant anti-corruption laws and agencies in place. The foundation of the fight against corruption is strong. The challenge is these agencies have been infiltrated by wrong characters’’ the head of state said.

He challenged the heads of the various anti-corruption agencies to do character checks of their employees.

He suggested lifestyle audits should be carried out. ‘’Talk to the communities, leave your offices and interact with the citizens, to Get facts ad expose the apples’’

Adding that ‘‘these people are easy to get but your work methods aren’t working. For instance why should there be corruption at the sub county level? Really, the problem is the management of these institutions.’’


Gen. Museveni asked the head of State House Anti-corruption unit Lt Col. Edith Nakalema and other institution leaders to link up with victims on the ground and get evidence

‘‘We are using bureaucractic methods to fight corruption. The enemy has blocked the nose of institutions. We therefore need to change how systems operate’’ he advised

The president also partly blamed the Judiciary which he said gives bail to some corrupt people who should not be bailed.

‘‘They [the judiciary] have a cultural difference with us. They are Europeans while the rest of us are Africans. The citizens of Uganda will appreciate sterner sentences that discourage the corruption vice.’’


The Head of State suggested that for big corruption offenses there should be no bail given to the criminals.

As one of the strategies, he directed Lt Col Nakalema to keep in close contact with the business community ‘’they have information that will aid in the fight against corruption in the procurement function of Government.’’
Lt Col Edith Nakalema said that since its inception on 10th December 2018, the unit has carried out several anti-corruption investigations worth 250 billion shillings and caused the charging of several persons in courts of law.
1.7 billion shillings she said, has been recovered by Unit and over 146 persons charged in courts of law, of whom 120 were public officials.